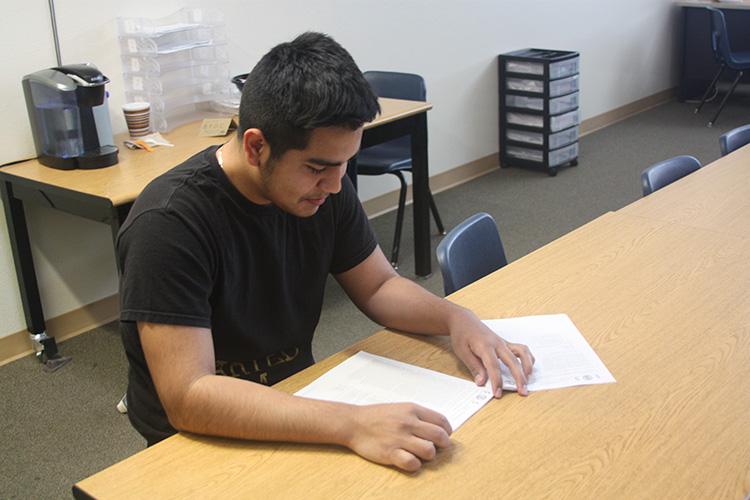 The College Board has revised the SAT (Scholastic Aptitude Test) to include the 1600-point scale, rescinded the guessing penalty and made the essay portion optional as of March 5, 2016.

“I think the new testing format will be a positive change for some, but it’ll be a detriment to others,” English 10 instructor Mike Moore said.

Scores will be based on an English section and a mathematics section; each will be scored on a scale of 200-800, meaning possible composite scores will range from 400 to 1600. Previously, the test included a writing section that was also scored between 200 and 800, totaling a possible 2400.

“It’s pretty disheartening to hear that they’ve excluded the writing section,” senior Iram Carranza said. “I feel like it’s going to be a detriment for many students who relied on that section to maximize the amount of points we receive, like myself.”

“I think that’s a good thing,” Moore said. “It makes so much more sense to eliminate a guessing penalty since it’s more cut-and-dry. You either got it, or you didn’t.”

The essay portion, which previously accounted for 30% of the writing section, is no longer mandatory. It may be taken optionally and will be factored into the English section.

“I’m happy the writing section is gone and it’s back to 1600,” junior Nicholas Tan said. “I found it to be a lot easier since I’m more of a mathematical person.”

"My favorite show is Avatar: The Last Airbender. I