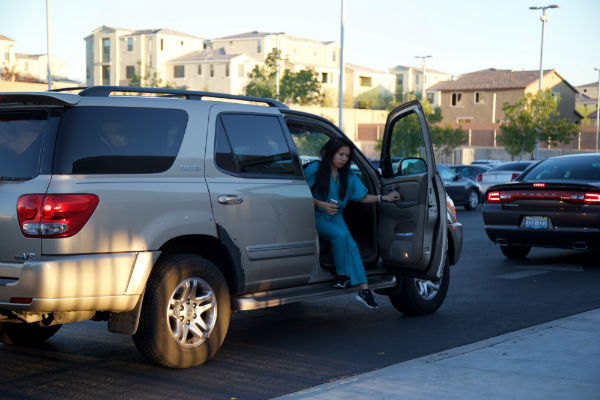 Effective Oct. 1, section 22 of the Senate Bill No. 144 was modified to enhance the penalties of making a u-turn in a school or school crossing zone.

“I worry that students will get hit crossing the road all the time because they’re always crossing the road when there’s traffic,” U.S. Government Instructor Mr. Grant Woods said. “This is an important issue that needs to be addressed because it puts their safety at risk.”

Subsection three and four of section 22 states that a person driving a vehicle cannot make a u-turn, pass or overtake another vehicle traveling in the same direction in a school or school crossing zone.

“This is actually very important because it is for the safety of our students. People believe that it is a random rule preventing them from a shortcut, but it helps the process of driving in a school zone,” junior Victoria Truong said.

The exceptions to this new regulation include:

“I usually drive to school early to avoid the traffic, but hopefully this bill will be effective and prevent accidents,” senior Krystal Chaidez-Saucedo said.

“I have not heard of any complaints or accidents that have happened from u-turning, but I think that police monitoring will help it be more effective since there are some people who will still do it if they feel like they won’t get caught,” junior Kyle Omega said.

In order to help stop parents from making u-turns and dropping their students off on the south and north side of Shelbourne Ave., the administrative team decided to add an additional student drop-off located in front of the “A” building.

“The additional drop-off area was added to relieve some of the traffic in the student parking lot as well as prevent the extremely dangerous traffic issues that occur on Shelbourne every day,” Dean Mrs. Trish Taylor said. “When parents drop their students off on the south side of Shelbourne, they’re forcing them to cross traffic without a crosswalk. When they drop them off on the north side, they make u-turns and put students’ lives in danger.”

“As a school, we do not have any authority over traffic on the street. We need to remember that this new law is for all school zones across the state, not just our school zone,” Taylor said. “It is essential that all drivers take extra precautions in all school zones.”

If a driver who violates the law is the cause of a collision with a pedestrian or cyclist, the driver will face the repercussions listed in subsection four of NRS 484B.653. The driver who commits the violation will be guilty of a misdemeanor.

“If there aren’t any cops on site to enforce the law, the parents are less likely to follow it. They need to know that it’s a law,” Woods said.