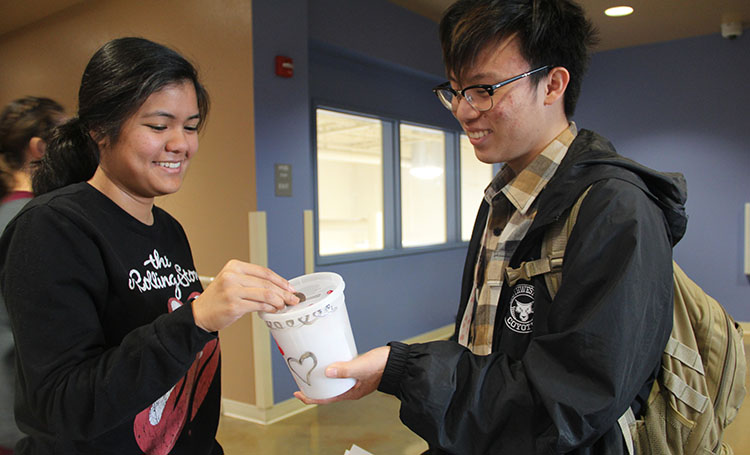 To fundraise money for the American Heart Association in honor of Heart Health Month, one female and one male representative from each club on campus they volunteered with generating funds for the AHA. Kings and queens were nominated and voted on by members of their respective clubs.

“I got nominated by the people in Kpop club because I am the king of Kpop,” senior Matthew Burgos said. “I will rally people in this school to help raise money going towards a really good cause.”

Starting today, kings and queens will have one week to raise funds for the AHA. Throughout the school day, representatives will be wearing sashes and carrying around donation buckets to collect money, which will be brought to the banker after school each day.

“Instead of going to the club, the money goes towards people who have heart conditions and need the fundraising,” senior Maite Guerra said.

Winners will be crowned during the morning announcements on Thursday, Feb. 14. They will receive a a winning sash for raising the most money.

“The winners will be the reigning King and Queen of Hearts for a year,” StuCo advisor Miriya Julian said. “They will each get a crown and at the March 24 assembly, they will present the check to the American Heart Association.”

Last year’s winner was Polynesian Club and a total of $1,300 was generated between all of the clubs.

“I hope everyone receives donations so that we as a school, are able to to donate a substantial amount to the American Heart Association,” senior Victoria Truong said