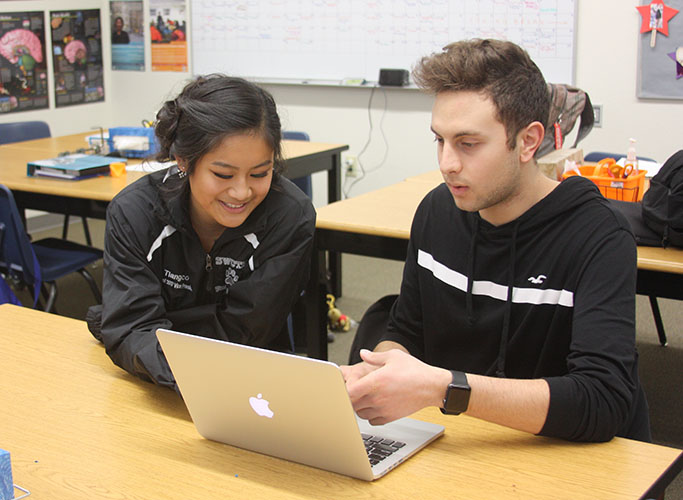 The senior class is in the process of choosing the song which will be designated as their official song.

“The senior song will be played at graduation and during the senior sendoff assembly,” class president Demitri Bannoura said. “It’ll be the last song we hear when we are all together and as we’re saying our last goodbyes.”

Suggestions were taken in November through a Google document that was posted on social media. Songs had to be school appropriate in order to be considered and were reviewed several times before the final four options were chosen.

“I personally didn’t have a preference for the song but I was excited to see what suggestions came in,” StuCo senior Alyssa Tiangco said.

StuCo was able to gather the songs on the list with the most submissions and then made sure the lyrics were clean.

“The lyrics were the biggest part, because all submissions go to Principal Donna Levy,” Veronica Whiton said. “She then approves or declines the song.”

Levy was sent ten songs to review, making sure no inappropriate references or vulgar words were in the song. Out of those ten, only one was denied and others required a radio edit.

“We want a song with meaning and if it has bad words in it, it takes away from the meaning,” Whiton said.

Voting for the song choice will be open from Monday, Feb. 6 – Friday, Feb. 10 and all seniors can vote at swcta.voting4schools.com. The final song won’t be announced until voting closes on Feb. 10.

“My personal favorite is ‘Chasing Our Future’ by Alvar and Millas because it has a great message and really shows that graduation is a big step in the journey toward our futures,” Bannoura said.