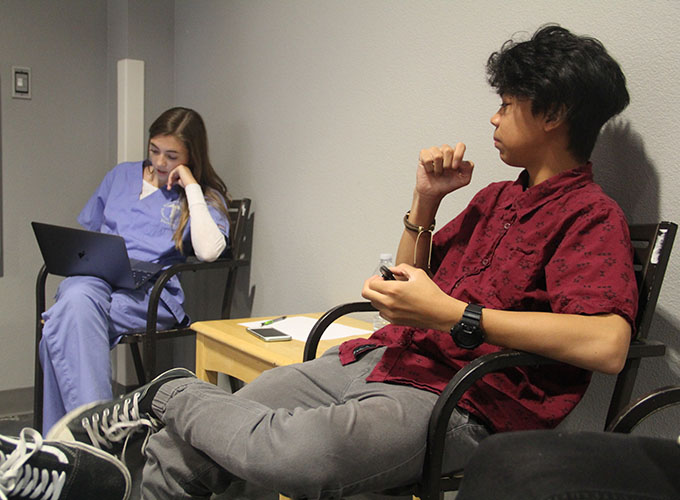 Unlike previous school dances with blaring music echoing through the halls, Student Council is planning a dance Friday, Dec. 9 where the gymnasium will be silent, except for the sound of feet squeaking on the gym floor.

“This dance hasn’t been done before so it’s definitely something unique and new for the students to try out,” junior Courtney Jersic said.

This dance will not have a DJ–instead, students will listen to music through headphones which are included in the price of each ticket. There will be three different music stations for students to listen to.

Each student will be allowed three song requests, which must be received prior to the dance, because the playlists must be programmed before the event.

“After we get the requests, we will group the songs into three different playlists,” Julian said. “The music has to be a radio edit or clean version.”

The cost of each ticket is $15 dollars. The special headphones are $12 each and $3 will go towards snacks for the event.

“Because not everyone will be dancing to the same music, it’s going to be really fun to experiment and see how people are on different beats,” junior Emily Hollister said.

While planning outfits for the dance, students should be aware that heels will not be allowed because of the possible damage they could cause to the gym floor. In addition, the normal fluorescent lights will be removed for a blacklight.

“Students will want to wear white or neon colors–things that glow,” Julian said.

The Silent Disco is not replacing Winter Semi-Formal, but is in addition to the normal school dances. Tickets will go on sale Nov. 30.

“You can be with your friends and you won’t know what music they are listening to, but it will still be a way to bond with each other,” sophomore Alexandra Nguyen said.