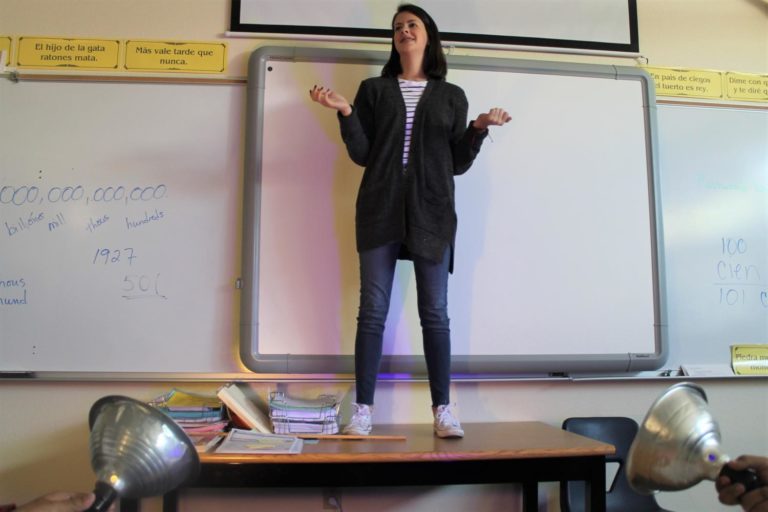 Spanish teacher Geri Barnish assigned students a poem to present. The catch – presenters had to stand on the table in order to keep the audience engaged.

“My [initial] reaction [to standing on tables was] that I’m going to be 20 times more stressed and I’m probably going to fall in the middle of my presentation,” sophomore Jessica Wiley said.

The poems that Barnish has assigned include: “La Llorona,” “Verso Sencillos,” “Quien Sabe” and “Los Maderos de San Juan.” Students are not presenting the entire poem all at once, but portions of the poems that will be presented throughout the year.

“The tables allow them to feel more comfortable than in other classes,” Barnish said. “It also lets them feel as if that’s their moment on stage.”

Because poems are more rhythmic compared to other forms of writing, Barnish encouraged students to think of them as songs in order to help them memorize.

Students must recite the poem from memory and presentations cannot exceed a minute.

“This project in Spanish will give me confidence in public speaking because speaking in a different language is difficult, and once it’s mastered in front of an audience, anything else would seem easier in comparison,” Wiley said.