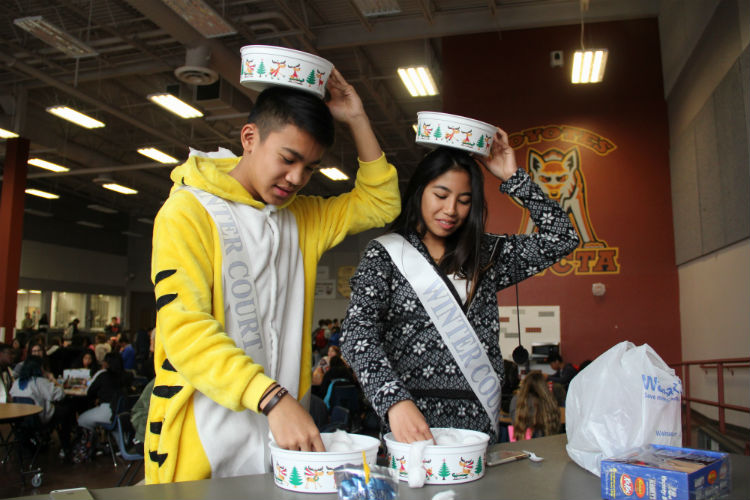 In anticipation of the Winter Formal dance on Saturday, Jan. 23, Student Council has organized a series of spirit days for students to participate in this week.

“The days were inspired by the climate that naturally comes with this season,” StuCo member Carlo Miciano said. “The themes we picked out are reflective of winter.”

The Winter Formal dance will take place on Saturday at the Mob Museum from 7:00 p.m. to 10:00 p.m. The Winter Formal Court nominations have already been announced, and voting can be done here.

“As a possible part of Winter Formal Court, I’m really excited to find out if I won,” senior Hrag Artinian said. “I’m also looking forward to the dance festivities and fun activities at the facility.”

Ticket prices for the event have increased to $30 from the original $25 price.

“The price raise isn’t affecting me too much, especially since I already purchased my ticket before it happened,” senior Michaela Ruzol said.