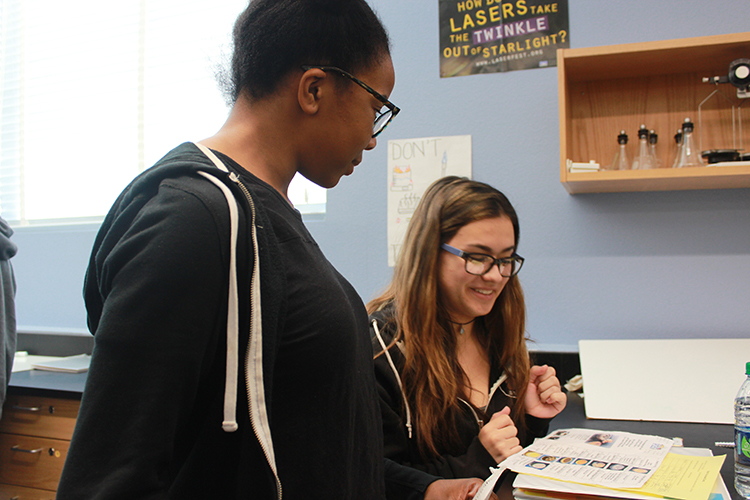 To match the Thanksgiving season, Student Council will presell pies and cakes until tomorrow.

“Eating dessert during Thanksgiving is more of an afterthought since most people focus on the turkey and the actual dinner,” StuCo adviser Miriya Julian said. “By selling these pies and cakes, it almost alleviates all the stress of preparing for dessert, which is why I order them for my family.

StuCo sells pies from Pies Unlimited to raise funds for bussing to their Spring Retreat.

“We make a lot of profit from selling pies and cakes when we reach the deadlines,” StuCo member Francisco Mandal said.

The prices of the pies and cakes range from $11 for the pies and $16 to $22 for the cakes. Because Thanksgiving is coming, StuCo is also selling pecan and pumpkin pies, with banana cream pie being the most popular.

“I usually like getting the banana cream pie since it’s best one out of all of them and also because of the way they layer banana center with a whipped cream top,” senior Anthony Dang said.

All pies and cakes are baked to order and stored inside a cooler until they are ready for delivery on Nov. 18.

“Since we deliver at the end of the day, the second the students see a tower of whipped cream just brings a smile to my face,” StuCo member Joseph Regalado said.