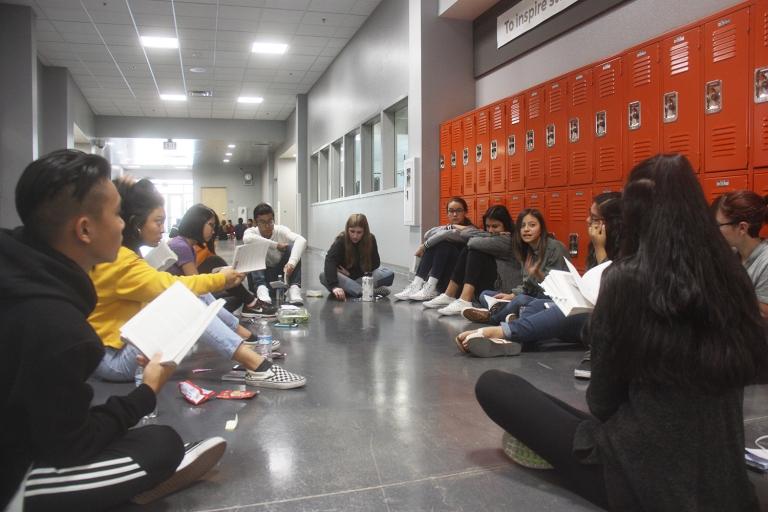 In order to address school-related issues from the past few weeks and to inform attendees on Homecoming related news such as spirit week, StuCo will hold the first Coyote Congress of the year this Friday in the cafeteria.

“The main focus [at this meeting] is likely going to be about what [first community service project at school will be], what StuCo plans to sell at the flag football game and any other upcoming events,” Colligas said.

Coyote Congress will be held throughout the year on every first Friday of a month until May. Originally, guest speaker Office Kovacich from the Metro Police Department was invited to attend to speak about Trunk ‘r’ Treat, but he had to cancel.

“The Metro Police Department had to cancel because they are working on mandatory 12-hour shifts due to the recent mass shooting,” StuCo adviser Miriya Julian said. “They don’t have enough personnel to come to [Coyote Congress].”

Each club is invited to provide a status report of what they have accomplished or plan to accomplish. StuCo also encourages representatives from each program area to inform the student body of what they are doing in class.

“I think it’s important to go to Coyote Congress because students can give their input on issues at this school [and] on spirit days,” sophomore Kristine Cruz said. “Overall, [they] can be more involved in the the school.”

During the “student’s voice” segment, which lasts from 2-3 p.m., opinions on school-related matters can be expressed. Conflicts will be addressed by the administration.

“In the past, there have been a lot of changes made because of ‘student voice,'” Julian said. “[Such as] the multiple lines in the cafeteria and the toilet seat protectors in the bathrooms. This year we are implementing that if people are going to come up,  they need to have a proposed solution. The last few years, admin has been at Coyote Congress, so they’re able to answer questions immediately.”

After the general meeting, students will separate into class meetings that will last from 3-4 p.m. Individual classes will discuss matters relative to their specific grade level.

“The juniors will probably talk about prom,” Julian said. “The seniors will focus on senior activities and the sophomores will be focused of PA and DA shirt sales. Freshmen will be working on their agendas.”