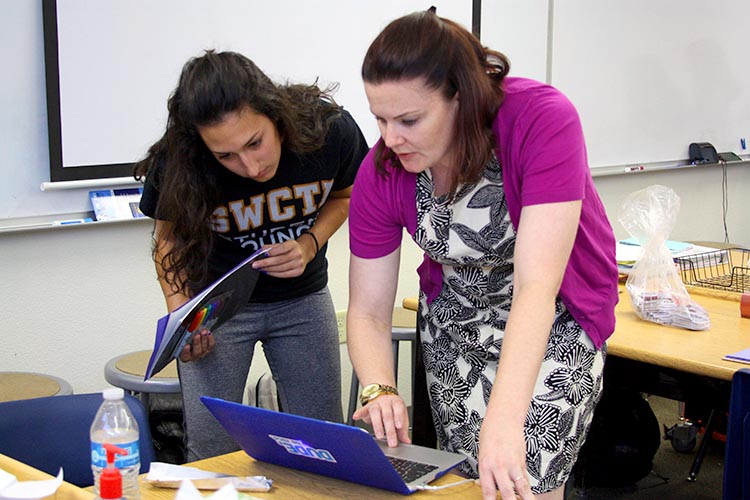 To commemorate Nevada Day, the student body will assemble in the quad on Oct. 29 to sing the state song, “Home Means Nevada.”

“We’re going to sing the state song to inspire some spirit and culture for our beloved state. Too many people don’t think of Nevada as their home,” Principal Donna Levy said. “A lot of people are from other places and have moved to Nevada. So many people say they’re going home for the holidays, but home is where you live.”

As officials from the Las Vegas Global Economic Alliance tour the school on Oct. 29, the school day will follow a regular bell schedule. After teachers take the attendance of their 8th period class, administration will dismiss students to the quad to participate.

“The state song is a really great way to celebrate Nevada Day,” junior Carl Montemayor said. “The fact that we broke the record last year is amazing, and I can’t wait to sing again this year.”

In order to prepare for the event, Principal Donna Levy will attach the lyrics to her weekly email for teachers and Student Council adviser Mrs. Miriya Julian will post them on Schoology. Also, administration will allocate time to practice before the event officially commences.

“Nevada means two things [to me]. It’s kind of the ability to start over. It was the first time I moved away from my hometown. My husband and I moved here, and we had no idea where everything was—it was a new beginning for us as a couple because we relied on each other,” Julian said. “The second thing is my son because he was born here, and this is the only home he’s ever known.”

Students are allowed to wear their Halloween costumes on Oct. 28 if they comply with Clark County School District’s standard dress code policy. However, to participate in the Halloween costume contest, they must pay an entry fee of $1.

“Since I’m in the Automotive Technologies program, I’m excited that members in the industry will tour our campus,” senior Jarrod Orap said. “It will allow us to demonstrate what we learn and how we train.”

Last year, RecordSetter awarded Nevada the record for the “Most People Singing A State Song At Once,” with 45,553 Nevadans participating.

“[RecordSetter] is a Las Vegas based company, which is why we used their record instead of Guinness,” Levy said. “We need to make it the best place we can. By singing the state song, maybe we can inspire you all to embrace Nevada as your home.”