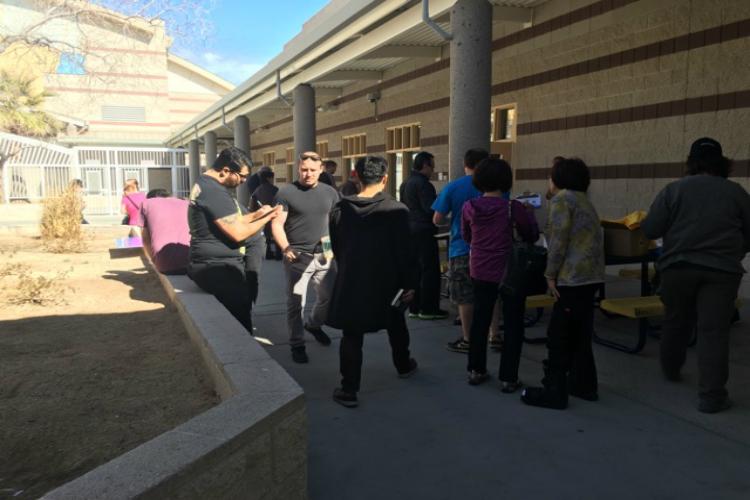 To determine their preferred candidate in the presidential election by awarding delegate votes, students assembled at their designated precincts for the Nevada Democratic Presidential Caucus on Feb. 20. Based on their home address, students received a local precinct location, which consisted of schools, community centers and churches.

“Caucusing at 17 is extremely beneficial not only to the current election but to your political future,” NHS President Jonathan Walton said. “By meeting and discussing the candidates with your local community, you are exposed to many different viewpoints on the matters at hand.”

As one of 22 states allowing 17-year-olds to participate in caucuses and primaries, the state of Nevada permits citizens who will be 18 by Election Day (Nov 8.) to vote in either the Democratic and Republican caucus.

“I definitely believe caucusing at a young age is beneficial,” Student Council member Bryce Cacpal said. “It’s a cool experience, especially because most of the people who go to caucuses aren’t teenagers, and you can learn a lot from everyone else who has more experience. A lot of my friends are now politically active because they realize that politics aren’t just for adults, and it’s cool to be a supporter for someone that you believe can make the country a better place.”

To secure eligibility for the Democratic caucus, citizens could register with the respective party either online or at the caucus. However, Republican voters must have registered with their respective party by Feb. 13.

“Simply being in an environment surrounded by older voters expands your view beyond what you hear on the news and can either strengthen or make you question your political stance,” Walton said. “Caucusing itself is a unique experience for anyone interested in your community and government.”