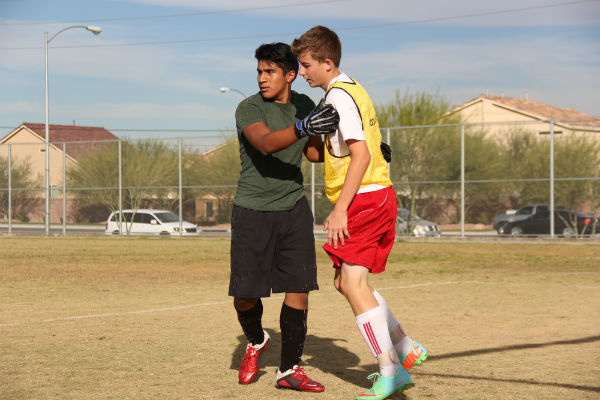 Senior Andres Caja and sophomore Dakota Jersic play against each other in the staff vs. student soccer match. Caja played on the opposing team due to their lower number of staff players. "It feels great to finally have the chance to play against our teachers and staff. I got so excited when I heard about the game," Caja said.
Photo Credit: Jorge Carrerra 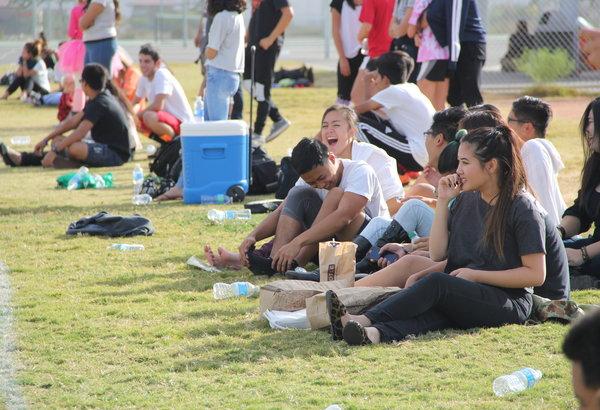 Seniors Trixia Dela Rosa, Charles Cruz, Ivan Carlos, Joanna Santiaguel, and Andy Huynh watch the game closely while eating Chipotle. Students were encouraged to bring blankets to sit on, as well as food to keep themselves busy during the game. 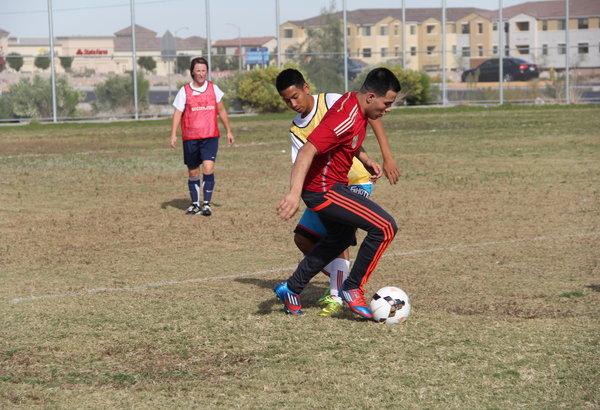 Junior Izeah Guiao and alumni Sigifredo Ruiz, both keep their eyes on the ball. A goal was scored for the teacher's team. 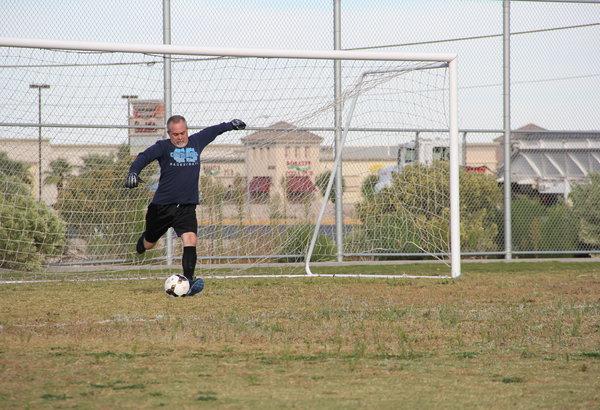 Kicking the ball is Mr. Michael Butler. He was preparing to enter it back into play after the student team scored. 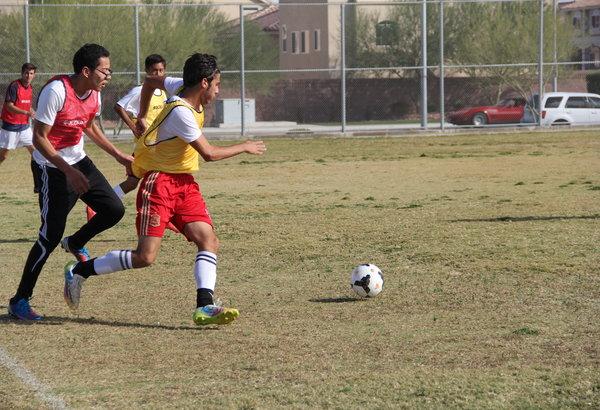 Racing to get to the ball are seniors Michael Joseph and Juan Cervantes. 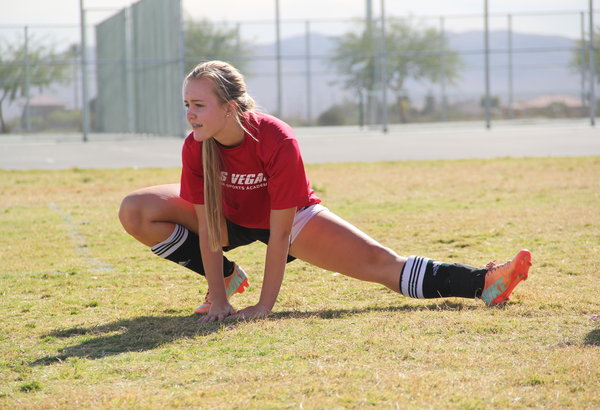 Sophomore Amanda Hillman stretches before the game to ensure she wouldn’t sustain injuries during the game. 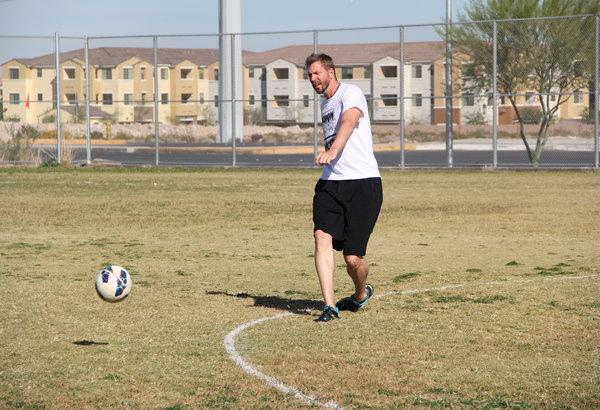 Mr. Jeffrey Ball pulls his leg back in anticipation to kick the ball to a teammate. 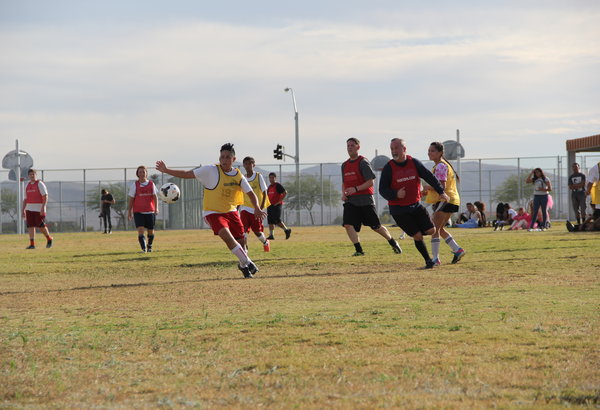 Mr. Michael Butler and his teammates chase down junior Noe Alcala, who attempts to score a goal. The students ended up winning with a score of 7 to 5.

Racing to get to the ball are student teacher Tim Saunders and senior Michael Joseph.

At the first ever staff vs. student soccer game held on Oct. 30, the students won with a score of 7-5.

“It was really fun watching our favorite teachers and staff play against the people we know. It was really entertaining,” senior Kathleen Jaictin said.

“While I was trying to score, I wads challenged by Edgar and I knew that if I stood still I wouldn’t get anywhere, so I tried to deceive him with my footwork which worked out well,” Guiao said.

During the second half, juniors Samba Soumare and Christian Cruz scored one goal each, while Reyes scored an additional two goals for the students. For the teachers, Mr. Jared Ogden, student teacher Mr. Tim Saunder and Ruiz scored for the teachers.

“It was great to see all of the students who love soccer and how hard they went against us in the game,” Soccer Coach Edgar Morales said.