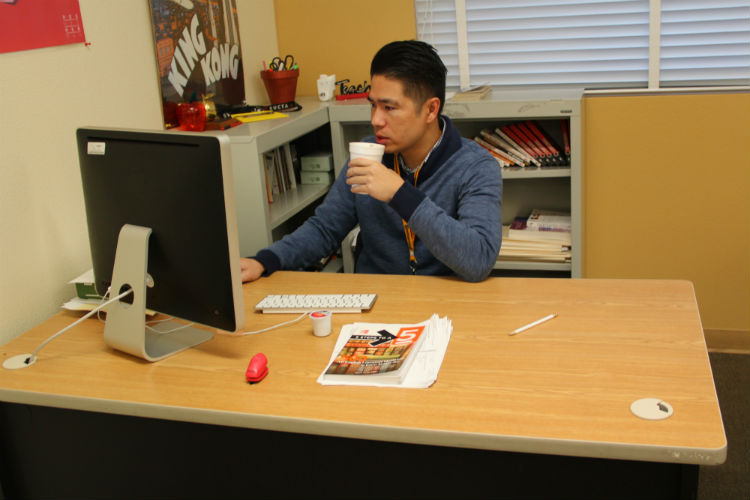 The CCSD and CCEA (Clark County Education Association)  ratified the 2015-2016 teacher contract on Dec. 19, which includes schedules and pay scales.

“It was a contract between the school district and our union, the CCEA,” US Government teacher Mr. Grant Woods said. “There are rumors that the governor also came down to help make a decision, but it was definitely their ruling.”

The contract includes the introduction of Professional Growth Plans, which give teachers the opportunity to set prospective goals for student achievement in order to receive further increases in salary.

“The professional growth plan will give me the opportunity to learn how to help my students achieve,” Nursing Assisting teacher Janas Dymon said. “It makes it easier for me to make effective plans for my students.”

Teachers may pursue additional degrees for increases in pay that extend beyond previous limits, according to the new salary schedules. Additionally, the school district has decided to advance yearly salary positions, which had previously been frozen; teachers were not receiving annual advancements as intended.

“I’ve been stuck in the eighth year step, when I’m actually supposed to be on the thirteenth by now,” Girls’ Physical Education Coach Kalenowicz said. “I’ll be receiving an increase in pay.”

Under the contract, CCSD is now required to pay more into teachers’ insurance premiums, decreasing out-of-pocket spending for the teachers.

“Nevada has experienced its greatest increase in tax history, which was to go to education,” Woods said. “So, we all of a sudden had millions of dollars show up. Since that new money came in, they had to use some of it.”

The agreement has yet to be finalized; an official ruling by the school board regarding the contract will be made on Thursday, January 14. Some of the agreements will be effective starting on March 1, such as employees being on a new salary schedule and placement being on a higher level then their current salary.

“I don’t think it works too well for middle-scaled teachers,” English 12 teacher Mr. Albert Ocampo said. “It seems to be geared more toward newer teachers, since they’ll be receiving more of a raise.”

Other adjustments include a new date to start the 2017-2018 school year, August 9, 2017. Four staff development days during the 2016-2017 school year will become unassigned paid days off for staff members.

“For new teachers, it’s a great thing; they just got a $5000 raise,” Woods said. “I think for others, like myself, who were maxed out on the education pay scale, it isn’t so great. I’m now only halfway on the pay scale.”