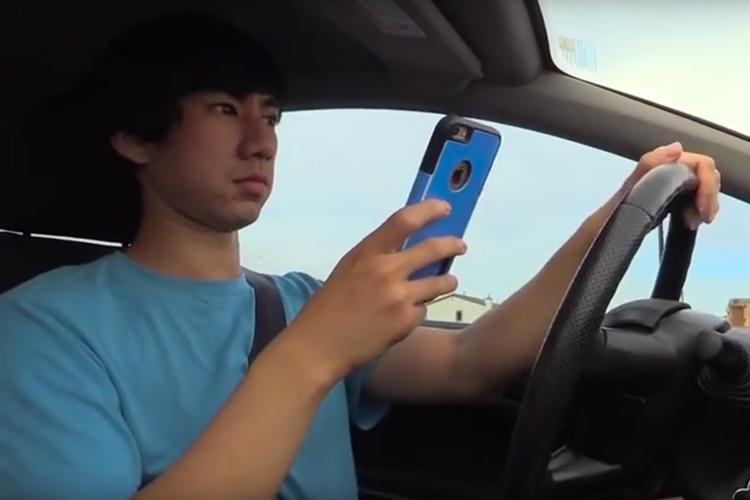 “We struggled initially to even come up with an idea,” Bailey said. “In the morning, we put a list of bad driving habits together, named them, washed my car in the driveway and went to record. Overall, it was about a day’s worth of work, with editing taking no more than two hours.”

By participating in the competition, the contestants created 30 second PSAs, depicting proper driving habits or exposing violations of traffic regulations.

“The day we were going to record was actually on Pokemon Day. One thing led to another, and we suddenly ran out of daylight,” Bailey said. “Luckily the contest was pushed back two days due to technical difficulties, and we had time to plan everything out,” Bailey said.

Between each of the five finalists, the video that receives the most votes will win the competition, securing $1000 for both their school and the team that made the video. Students may vote here.

“I plan on buying a Wii U, since I’ve actually wanted one for a while, and Ari is planning on buying Pokken,” Bailey said.

“[Jaden] did really well last year, so I’m hoping that he’ll win again this year,” Video Production instructor Tom Rizzo said. “He’s one of those kids that will probably end up doing this for a living, so this is a good place to start.”

After determining the winner through the voting process, Cox Communications will broadcast their PSA on television in the upcoming weeks.

“It took about an hour to record, and planning took about 2 hours,” Bailey said.

“I right away knew that everyone was most likely going to do a generic commercial where you have someone on their phone, then a bad sound effect with a black screen,” Bailey said. “Which if you watch the other finalists, that is the case. I’m not bashing their videos, but I am bashing their lack of creativity for the competition.”