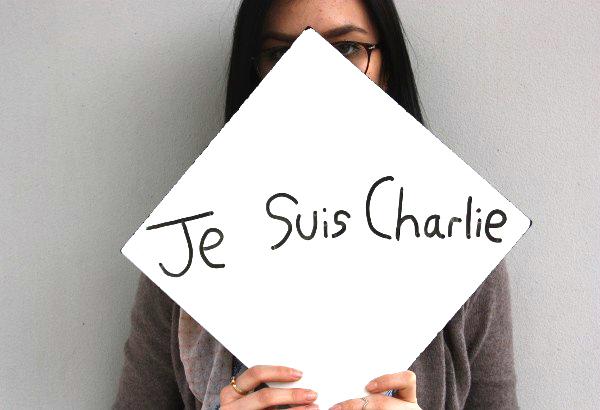 While not everyone can side with Charlie Hebdo's extreme satire, everyone SHOULD be fighting with them for the freedom of expression.
Photo Credit: Danijel Zekanovic

After the unforgivable acts of violence committed in Paris on Jan. 7 against satirical magazine Charlie Hebdo, several debates on “How far is too far?” have arisen. Did Charlie Hebdo go overboard with their portrayal of the Islamic prophet Muhammad?

The short answer: no (at least in my opinion).

Under the universal freedom of free speech, I believe that any and all types of speech should be condoned, no matter how offensive some may find the content. Granted, this might sound extreme, but if freedom of speech is allowed when everyone agrees with what is being said and is not allowed when only some people agree, that is not free at all.

While I personally may not agree with how Charlie Hebdo approaches some of their content, I wholeheartedly respect them and their lack of censorship. They are pushing the envelope in a way that few people have done before and have remained strong during this brutal attack.

[vision_pullquote style=”1″ align=””] o person in this world should fear for their safety because of their views on a subject, and no organization should have the power to silence an opinion that does not conform to that organization’s standards.[/vision_pullquote]

Many say that Charlie needlessly uses vulgarity to broadcast all of their messages, but I have to disagree. For example, one comic cover features an Orthodox Jewish man pushing the prophet Muhammad with the tagline “mustn’t mock.” The comic shows how no religion should mock another, because they never know when a member of that religion could come in handy.

There is no vulgar language or images that accompany this comic, and even though most of the Hebdo cartoons do not share the same non-vulgar images and phrases that are incorporated into that specific cartoon drawing, each and every work of their’s carries a hidden meaning that takes more than just a quick glance to understand.

However, the people who are labeling all of Hebdo obscene and unreadable do not care enough to find the meaning behind their work. I understood what the overall message of the comic was with a 30 second examination and the help of Google Translate, but the average “critic” ofHebdo takes no effort to comprehend these deeper meanings.

As I’ve stated before, the right to speak freely should not only be restricted to those who have a positive stance on a subject. Those who attack Hebdo have as much right to do so as the Hebdo writers have to publish their work, and no censorship should be applied to either party.

No person in this world should fear for their safety because of their views on a subject, and no organization (whether it be terrorist, corporate, or public) should have the power to silence an opinion that does not conform to that organization’s standards.