OP-ED: BLM Is Not A Trend The fight has not stopped just because it’s no longer trending on social media 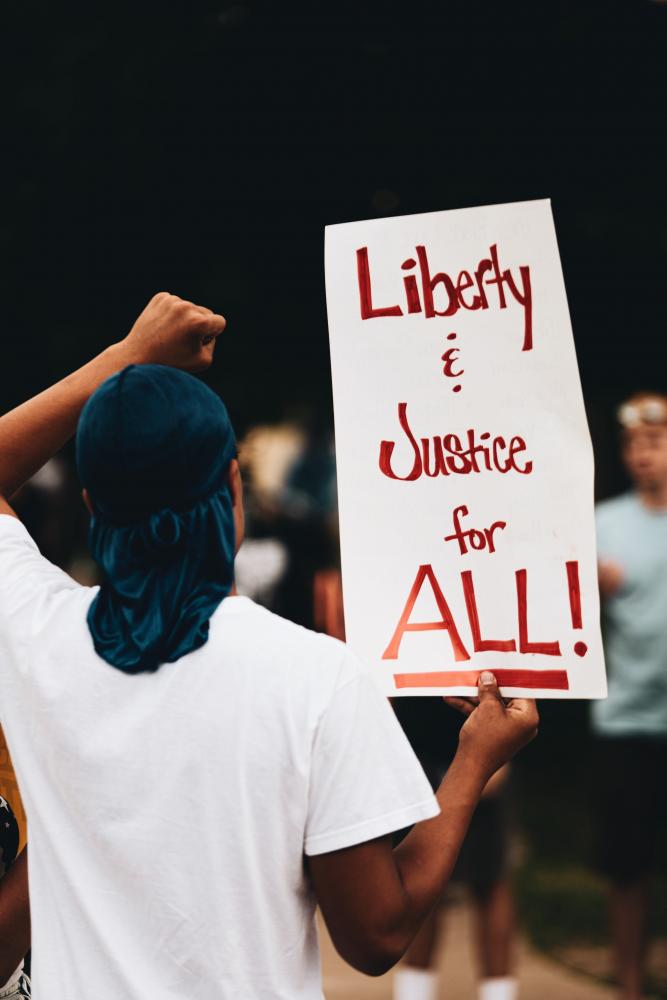 Treating this movement as if it is just a trend is doing more harm than good for the cause. It makes what we are fighting for seem frivolous and unimportant. Don’t stop protesting, signing petitions, or posting educational content on your social media just because you don’t see BLM trending anymore, it was never a trend to begin with. Photo Credit: Unsplash, Logan Weaver

Black people across America have had enough of the racism and brutality they have been subjected to for years, and the death of George Floyd was everyone’s breaking point. All around the country, everyone from all backgrounds came together to protest against the injustices of black people; taking pictures and videos and posting them to all platforms to show their support for the movement during the rise of COVID-19, back in May. TikTok, Instagram, and even Twitter were all-around flooded with videos of what was going on at the protests, people tweeting out petitions for others to sign, sharing information about the latest victims of the police force, and educating people on the movement in general. After a good month, all the overwhelming support, tweets, videos, and posts on the matter had ceased, and everyone went back to living their lives, as if the fight for justice was no more.

It seems the BLM movement was just something people used as a distraction from the pandemic, or just an excuse to get out of the house. No matter the reasons, as quickly as it caught everyone’s attention and spread like wildfire, not just across the country but across the world, it died off just as fast as if it was just some fad. But I assure you, a group of people fighting for basic human rights is not a trend and should not be treated as such.

Black people have been fighting for their rights long before today, trying to get justice for the innocent Black people murdered, and pleading to just be cut some slack. So it is offensive to everyone in the community when people take this long battle Black people have endured and turn it into a joke on TikTok, a useless black screen on Instagram, or when they see people use this movement as a theme for a photoshoot.

When the protests started and America was in an uproar in response to the mistreatment of Black people, I felt hopeful yet angry. I was happy that this issue was finally being brought to light, but I was also frustrated because I felt like I had no way in aiding in this fight for justice. I could not go out to protest because my parents wanted to keep me safe; they were seeing tons of videos of black people of all ages getting tear gassed, shot at with rubber bullets, and arrested just because they were protesting. And I had to understand that if I go out there, I am a potential target for the police.

I also had no money to donate to the cause either, so what did I do? I started signing petitions, every one that I saw but even after a while, I felt like signing petitions wasn’t doing anything anymore. But I had to understand and realize that something like this does not change overnight, it would take patience and perseverance to get justice for the Black people who were wronged.

Making BLM a trend makes it seem like it’s not as important as it actually is, making people not really look into what the black community is fighting for. Downplaying something as important as human rights will not make a change to the current situation. The true cause has now been buried and no one is bothering to dig it back up.

In order for change to happen, people need to continue to fight for as long as it takes to be heard. Everyone can do something to help make a change, it’s not about what you are doing to help but instead it matters that you continue to do it until you see change and even then, do not stop fighting, Do not stop caring just because you are “bored” and want something new to care about. Black people in the 50s and 60s did not stop fighting for their civil rights because it was “taking too long” for change to actually happen. Change is not going to occur overnight, because if something did change overnight, it was not worth fighting for because anything that is worth it takes time to obtain.

Although you may not see BLM plastered all over Twitter, Instagram, or TikTok anymore does not mean the fight is over, and it never will be over if people continue to view this movement as just another trend.