PRO/CON: Don’t fix what’s not broken Jumping in too soon 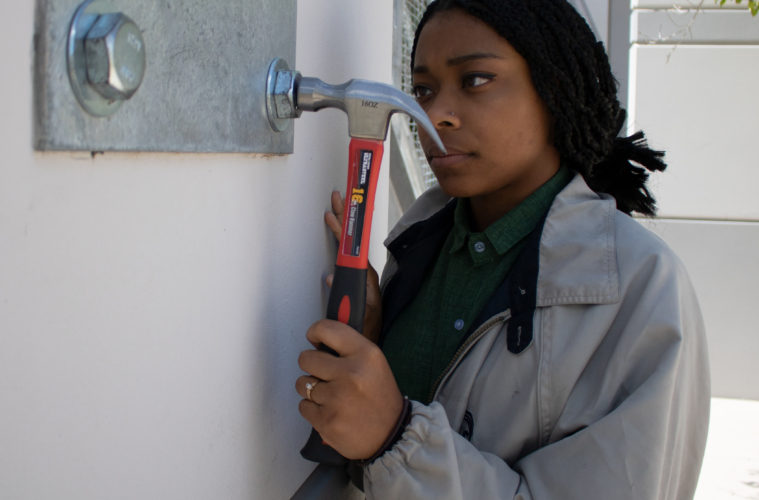 Lowering the age to vote is like hammering a screw, you’re trying to fix things that aren’t broken. Our voices can be heard if we try, without the opportunity to vote.

Driving for the first time or working your first job are some of the few benefits that come with turning 16. Despite the new opportunities that are given at this age, some believe it would be reasonable to allow 16 year-olds the right to vote before they are legally considered adults. But just because you’re a cashier at McDonalds doesn’t mean that you are ready for adulthood.

At some point we have to stop and recognize that even with all the responsibilities we are able to do, we are still considered kids until we turn 18. There are many things we are still not allowed to do, like buy a goldfish or lottery tickets, so why should we be responsible for any serious civic duty before less serious privileges?

Voting is undoubtedly a privilege that shouldn’t be taken for granted; it gives us a chance to be heard. However,  reports showed that over 70 percent of eligible young voters did not vote in the past presidential election–so the problem isn’t that young voices aren’t being heard, but that those who can don’t engage in the political process.

[perfectpullquote align=”right” bordertop=”false” cite=”” link=”” color=”” class=”” size=””]The problem is not that the youth’s voice isn’t being heard, but that they just aren’t speaking.[/perfectpullquote]

While it is possible to inform yourself on politics at a young age, having opinions is different than being politically aware. Seeing a 16 year-old have a stance on controversial issues is rare and admirable, but it doesn’t mean that they know everything about politics. Just because a politician fights for one admirable issue doesn’t mean they are overall the best pick.

In the age of social media, we are constantly being influenced by the opinions and values of others, and deem them as accurate without actually verifying the truth. With over 95% of teens using social media, their opinions are constantly being swayed by whatever the internet tells them to feel. We may believe we are voting for the candidate who wants the best for the country, but what we see on Twitter is not always the entire truth. If young citizens gained the right to vote, they may end up voting for politicians based on a bandwagon even if they don’t know much about what the politician stands for.

Compare the voting rights to credit card eligibility–it is not reasonable to expect 16 year-olds to partake in choosing the country’s leaders before they can even own a credit card. We are privileged to have some freedom at 16 years-old, but we shouldn’t be allowed into the polls if they can’t even trust us to build credit yet.

Furthermore, it is not like young voices need to be 18 to be heard, especially for those who do stay politically involved and want to make changes. After the mass shooting at Stoneman Douglas High School in Parkland Florida, several students from the school decided to make their voice heard by consistently advocating for gun control. As a result of the students advocacy towards gun restriction, a bill was introduced to ban assault weapons. Their bravery helped them make a change, which helps to prove we still have a chance to take a stand without the right to vote.

Our voting system is not perfect, but we are trying to repair parts that aren’t broken. Instead of focusing on those educated enough to vote that are not eligible, we should try to understand why most of eligible voters are not participating in their civic duty. So before we become politically involved, we need more time to develop our own opinions on the world and know exactly what we want to change. Even as teens, we can be involved without being in the polls.