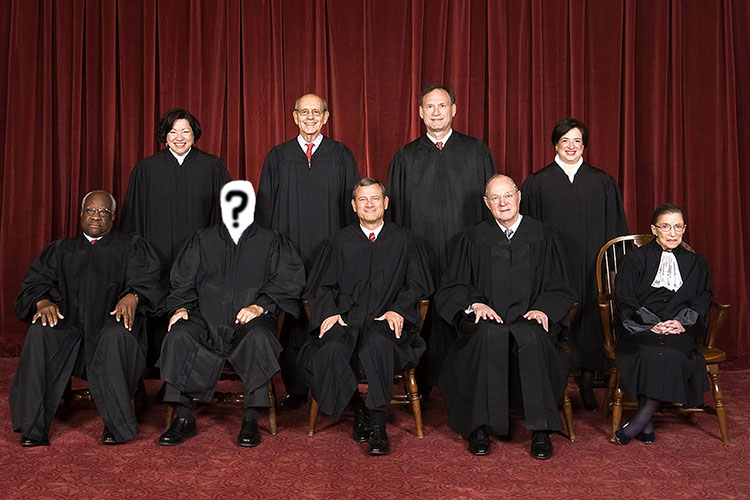 Discussions on Capitol Hill nowadays seem to be reminiscent of the days of our youth, when we asked our mothers if we could have some candy before dinner and received a harsh “no!” after every attempt, continuing until someone eventually gave up.

The politicians who run our country, however, are willing to spend a lot more time arguing on a topic compared to hungry kids and annoyed parents. In fact, several top Senate leaders (which is a majority Republican) have already vowed to block Obama’s attempts at replacing Justice Antonin Scalia, and many Republican candidates share this same thought process.

To give a quick rundown of who Justice Scalia was, one must look at the legacy he left behind. Appointed by Ronald Reagan in 1986, Scalia was the longest serving Supreme Court Justice on the current Court until his death a few days ago, and was by-far the most conservative member serving on the Court.

In addition to being a right-wing conservative, Scalia was also a major proponent  of “originalism,” a way of interpreting the Constitution as if the Founding Fathers original views still carried over today.

Because of his political views, one can see why Republicans want to wait until the next election year to appoint a new Supreme Court Justice, especially considering that the eight remaining Justices are equal parts Liberal and Conservative. If Obama appoints a new Liberal justice like many believe he will, then the balance of the court will tip in the Democrat’s favor.

While the legislative and executive branch trade jabs, the true victim is the judiciary branch.

Since the Senate has the power to approve or deny any candidate the president puts forward, Obama will have a tough time appointing anyone if he wants to bring in a liberal judge. As presidential candidate John Kasich said, the president should “pick somebody that’s going to have unanimous approval,” a true bipartisan agreement that would hopefully reduce disagreement and prolonged unrest in the government.

If the senate manages to block Obama’s appointment of a new Supreme Court Justice, then the next president will have the chance to appoint a new judge. A Republican president (backed by a conservative senate) would most certainly represent someone who mirrors Scalia’s views on the Constitution, whereas a Democrat president would probably be able to appoint a liberal Justice sometime during their term (considering the Republicans will most likely give up the blockade once a new president is appointed).

Hypothetically speaking, a Republican Supreme Court would have the ability to go against liberal court/executive decisions. Ridding the nation of Obamacare, limiting gun control or defunding planned parenthood are all on top of the conservative agenda, and could very well be implemented in the next few years.

While both sides are looking to benefit from this war of attrition, a truly functional government requires nine Supreme Court judges, and while the legislative and executive branch trade jabs, the true victim is the judiciary branch. Someone like Supreme Court Justice Anthony Kennedy, who is known as a swing voter (a judge who is not either strictly liberal or conservative), would be Obama’s best bet if he wants to actually return the Supreme Court to the rightful nine judges.

Bias will always play a heavy role in politics, but when the issue at hand is hindering arguably the most influential part of our national government, the American people just want our politicians to kiss and make up.