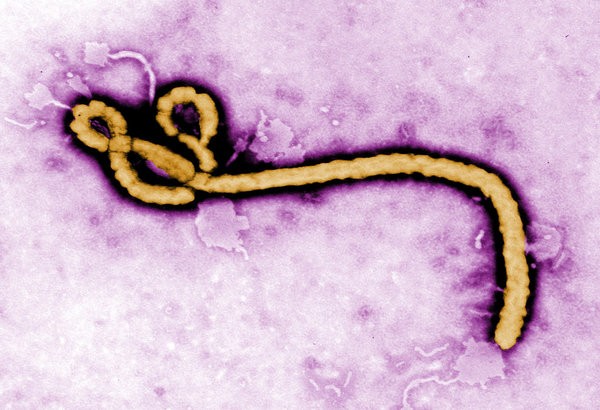 With 9,936 cases, 4,877 dead and a fatality rate of 70%, Ebola sounds like the real-life sequel to “Contagion“. Unlike “Contagion,” however, Ebola has not yet torn apart North America. In fact, out of nearly 10,000 reported cases of Ebola, only three have appeared in the United States, yet media reports on the disease seem to multiply day after day.

Public fear of the virus comes from the usual suspect: the media. With news reports flooding TV broadcasts and online websites, the public is naturally on edge and worried about catching the deadly virus. In all actuality, the chances of catching Ebola in the U.S. is about the same as Atlantis washing up on the West Coast.

We believe that the outbreak does not provide a clear and present danger to the American population. Even though Ebola is a dangerous disease with a high fatality rate, transmission is next to impossible if people use common sense: avoid those who are sick, maintain proper hygiene and stay away from epidemic hot spots.

Ebola became an epidemic not because of how contagious the virus actually is, but due to the prime location: West Africa. Those originally infected with Ebola did everything they were supposed to refrain from, as they failed to avoid human secretions and actively interacted with dead animals, because they were not educated about prevention. In addition to the lack of information about the outbreak, West African natives were also ill-prepared to combat Ebola, with care centers being overly crowded and lacking the basic necessities for patients.

[vision_pullquote style=”1″ align=””] Even though Ebola is a very dangerous disease with a high rate of death, transmission is next to impossible if people use common sense: avoid those who are sick, maintain proper hygiene and stay away from epidemic hot spots. [/vision_pullquote]

The same cannot be said here in America, since the general public has easy access to hospitals and treatment centers that provide citizens with the means to prevent an infectious disease. Signs and posters informing about proper infection control techniques are shown throughout health-care facilities everywhere, and public service announcements are available both on television and online. Being knowledgeable on the topic of infection plays a large role in preventing any possible outbreaks, which, sadly, was not possible in Africa.

Even though advances in modern medicine have created a safe-haven for Ebola victims in the United States, an infected individual could still lose his/her life if the proper steps are not taken. In the most publicized account of the virus, Thomas Eric Duncan was sent away from the hospital even after exhibiting signs and symptoms of Ebola. The violations of protocol leading up to Duncan’s death caused a group of nurses working at the hospital to criticize the subpar handling of the Duncan case. Because of irresponsible actions like these, Duncan lost his life, causing panic among the masses.

Mistakes in the Duncan case have created a reasonable concern: are we even prepared to handle the disease? The short answer is, of course, yes. In every other case of Ebola, the staff knew what they were up against and dealt with the problem accordingly; Duncan’s case was a fluke caused by miscommunication by the hospital staff and a lack of training. Protocol that is generally followed when dealing with infectious diseases was disregarded, and quarantines were not created until much later. If the correct quarantine is completed whenever a new patient is diagnosed inside the United States, Ebola will be yet another eradicated disease, at least here in the Western World.

Certain people on social media are creating a false panic over the Ebola virus:

Of course, all the precautions in the world will not stop the media from making Ebola the main topic of their headlines. Since social media has become the go-to source of information for many younger generations, (at least 25% of those aged 18-29 rely on social media for their news) stories that spread hysteria can pop up and spread in hours. This would be good if the information being spread over Facebook and Twitter was factual, but that is not usually the case.

Because of articles like the one on Extreme News Now titled, “Scientists Predict That within 4 Months 80% Of The Population Will Have Ebola!,” realizing why American citizens are hysteric over the virus is not so difficult. Even though the website that hosts the article is meant to be satire, once the story hits social media, fiction starts to become truth. The grapevine that is the Internet tends to lose more and more legitimacy when retweets and reposts flood user profiles.

Looking back at previous outbreaks of infectious diseases that have created the same paranoia as the current Ebola outbreak, one needs to look no further than the 1980’s and the AIDS epidemic. Media reports did not help the general public understand what was really going on, and the president himself, Mr. Ronald Reagan, ignored the disease until 20,000 American citizens died to AIDS. Because of a lack of knowledge and media misreporting, fear and panic spread throughout the United States.

Whether the disease is Ebola or AIDS, once misinformation spreads to the general public, setting the record straight can be difficult. The American public needs to realize that even though being extra cautious around a disease is the correct first step towards prevention; creating a monster out of the disease has no benefit.