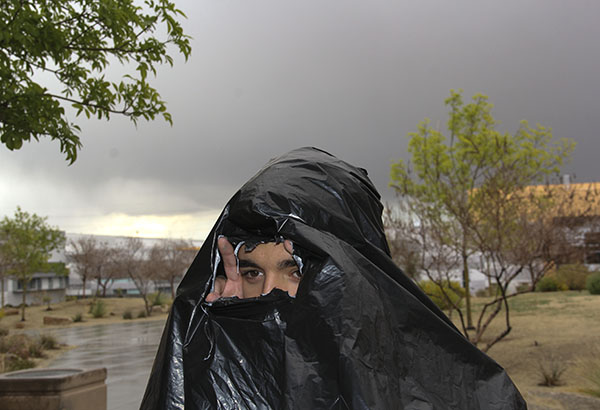 “Students would only be taught lessons depicting American heritage in a positive light, and would effectively ban any material that could lead to dissent.”

A board of legislatures in Colorado proposed the above plan to try and “improve” the state’s AP U.S History classes. The current curriculum (not only in Colorado, but in Oklahoma and Georgia as well) has been deemed unpatriotic, with one lesson plan supposedly making the colonists appear “oppressive and brutal.”

State politicians (such as Barbara Cargill (R-TX) and bill sponsor Daniel Fisher (R-OK)) are asking educators to censor parts of American history in an attempt to avoid representing the United States in a negative light. Needless to say, students enrolled in these classes may lose out on the full experience of the nation’s history if the proposal goes through.

Lawmakers trying to revise courses and curriculum are not mutually exclusive to this situation, with reforms being written all over the nation. The state of Nevada is no stranger to such changes, and while AP U.S History may have been left alone (for now), the state is facing many new revisions to the current curriculum: proficiency exams were retired for new end of course tests designed to adhere to the Common Core, while the sexual education curriculum is not progressing because of a lack of compromise between parents and students on opposite ends of the sex ed debate.

Whether the issue is removing AP classes altogether or introducing new content to sexual education, politics tends to be a deciding factor in many reforms or changes in schools across the U.S. If lawmakers themselves are not the problem, the left/right wing debate on “what is best” is the obstacle impeding positive changes to education.

We believe that when the issue is education, educators, students, politicians and parents should set aside their differences and come to a clear and simple bipartisan solution to any and all problems.

One such educational issue here in Nevada is standardized testing. With proficiencies being retired for all students graduating after 2016 in favor of new end of course exams, the less than ideal proficiency rates were brought back into the general public’s spotlight. During the 2012-2013 school year, only 31.8% of sophomores who took the test passed the math portion of the proficiency on their first attempt. Other subject areas were not much better, with 46% of testers failing reading and 41% failing science.

Quite frankly, these numbers are embarrassing. Proficiencies were supposed to show whether or not students were college-ready, and the new end of course exams set out to replace the previous tests could have the same negative impacts on a student’s path to college readiness, as the tests are more or less the same as the ones that have been canceled.

Unlike most political issues, standardized testing is not a clear-cut liberal vs conservative battle. According to “Let’s dump standardized testing,” an article in the Chicago Tribune, Democrats and Republicans teamed up together to pass No Child Left Behind, a law that set certain standards for schools across the United States. Realizing that the reform was a failure, some members of both parties are trying to distance themselves from standardized testing instead of offering up a solution to limit their impact on education.

Another issue with no current solution is the push for a revised sexual education curriculum here in Clark County. Recent school board meetings brought parents, educators and students together to go over proposed changes made by the sexual education committee.

The CCSD school board was gathering parental input in order to make possible changes to the current abstinence-based sexual education students receive in CCSD’s elementary, middle and high schools. To further educate the parents, the school board showed parents “Guidelines for Comprehensive Sexuality Education,” a booklet detailing some of the possible additions that could be made to the current sex ed curriculum, which spurred the current controversy surrounding the revision of the CCSD sexual education curriculum.

Because of the proposed changes, the parents opposed to expanding sex-ed stressed the importance of educating their children themselves, yet overlooked the opt-in policy Nevada offers. Refusing to sign the permission slip that the sexual education classes require means the student will not take part in the sex ed course, leaving the teaching to the parents.

People around Nevada are voicing their opinions on the current sex ed curriculum.

People around Nevada are voicing their opinions on the current sex ed curriculum.

While some parents may want to keep sex-ed out of school, others would like for their child to benefit from a more in-depth look at sexual education they may not receive at home.

Where are they now: Amina Djesevic

The issues above are typically categorized as problems that cannot be solved quickly and efficiently, making change hard to implement. But by simply viewing the problem in a way that ignores the politics and focuses on what is best for students and educators, change can come sooner rather than later.

For example, instead of administering standardized tests and forcing students to pass them in order to graduate, Nevada could use these tests as a way of finding out what students need to improve on. Expecting a student to just retake the exam until he/she passes will not help progression, but reteaching frequently missed topics would assist students with understanding concepts they are expected to know.

Aside from the mandatory exams issued at the end of every semester, students should not have to pass any tests that would decide if they could graduate or not. By passing these semester exams, students would show that they understand what they learned in the class throughout the year, and would be a better way of gaging how proficient they are in a subject area.

Students who do not pass should be offered additional help by the school in order to better understand the concepts they missed, preferably in the form of online classes that can focus directly on the problems these students missed and not the class as a whole.

To appease both sides of the sex-ed debate, Nevada should introduce online sex-ed for students and parents who decide to opt-out of a more in-depth sexual education course in school. The curriculum provided online would still be abstinence-based and allow parents to take charge of their child’s sexual education, pleasing both conservatives and liberals by coming to a bi-partisan solution.

For students not taking the online course, topics that expand on human sexuality, sexual orientation and the responsible use of contraceptives could be included in the sex ed curriculum.  By educating students on these topics, students who have opted-in to the class would benefit from a more in-depth look at human sexuality, without the risk of offending any students (or parents) uncomfortable with that topic.

Arguing over who is right or wrong will not bring any positive changes around in the long run. Coming to an agreement for the benefit of a lasting education is more important than any one political party being “in the right.”