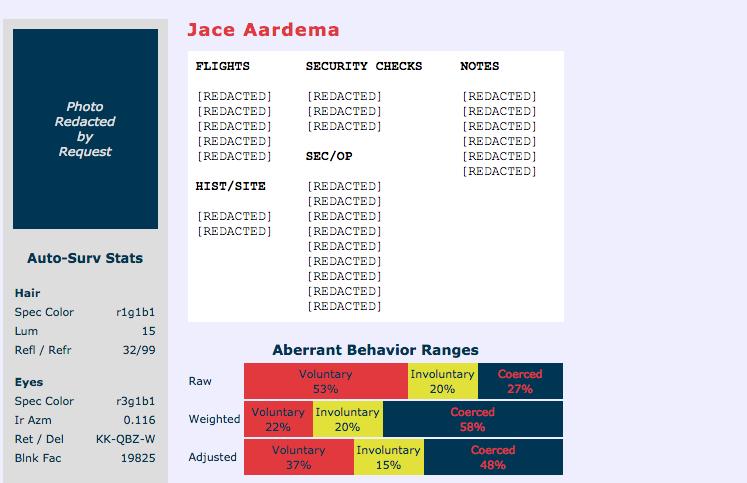 Picture this: you walk into an airport, boarding ticket in hand, and make your way to the gate. Right before boarding, TSA agents pull you aside and inform you are not allowed on the flight you paid for.

As the list operates right now, people cannot find out the reason they have been blacklisted, may not contest their inclusion on the list and the almost entirely in-the-dark database the TSA operates shows little more than a name, disallowing anyone from researching more into the No-Fly list.

We believe that if the TSA is to continue operating their No-Fly List, the process of placing someone and why they are on the list MUST be more transparent.

The most major concern with the list is that people have absolutely no way to contest their inclusion. Once a person makes the No-Fly list, they are on there for life with no means for a fair trial, which completely goes against the sixth amendment in the U.S Constitution.

“The right to a fair and speedy trial” is glanced over entirely for those unlucky few who find themselves on the TSA’s list, and there is no judge or jury appointed to see if an individual actually belongs on a no-fly list. Take for example eight-year old Mikey Hicks, who has found himself in several situations where aggressive pat-downs took place just because he shared the same name as another man not allowed to fly.

There would likely be little complaint if the list actually worked at blocking terrorists from entering the US, but placing names on a list and telling them they cannot buy guns or fly freely is not exactly a working solution.

In addition to compromising the sixth amendment, recent plans by Connecticut Governor Dannel Malloy have called for individuals on the TSA’s list to be prohibited from purchasing firearms, a proposal that infringes the second amendment.

Critics have called the actions unconstitutional, especially because those individuals found on the list are not always deserving of that “honor” as shown by Mikey Hicks and his 2,400 name-sakes. There would likely be little complaint if the list actually worked at blocking terrorists from entering the US, but placing names on a list and telling them they cannot buy guns or fly freely is not exactly a working solution.

While the TSA No-Fly list was a good idea on paper following the impact of 9/11, the lack of transparency and sheer amount of pitfalls currently plaguing the agency make the list largely ineffective.

To fix these issues, simply allowing people to contest their inclusion on the no-fly list would eliminate the violation of the sixth amendment, which is the most controversial issue currently plaguing the TSA.

People like to be safe when they travel, but giving up basic rights to ensure such a thing is a horrible trade off. Once the TSA becomes more transparent with the way they operate the No-Fly list, Americans would have trouble finding issue with a working solution to terrorism.