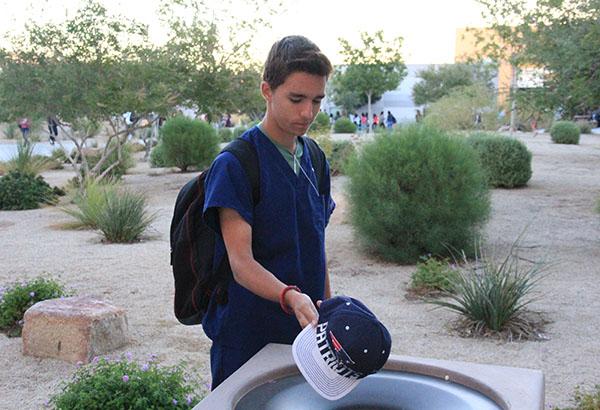 When it comes to human emotions, violence against women and children is viewed as unacceptable by the general public. However, the consequences of violence against the innocent seems to change when the perpetrator of the crime has a star-studded career. Average citizens would face years in jail for committing the same crimes, yet celebrities seem to only receive a slap on their wrist.

Recently, the NFL has been swamped with allegations of domestic abuse against some of the league’s players. The most notable offender is Ray Rice, who was videotaped physically assaulting his wife in a casino elevator. Other players, such as Adrian Peterson and Greg Hardy have also been convicted of child/spousal abuse.

Both Peterson (Minnesota Vikings) and Hardy (Carolina Panthers) are currently banned from playing with their respective teams, yet their contracts have not been terminated because of the commissioner’s exempt list. The exempt list is a protocol that allows teams to put their players on indefinite hold, banning any player on the list from participating in team activities.

While this seems like an agreeable punishment, players on the list are still receiving pay due to their contracts, which are multi-million dollar agreements. But why should players who have been convicted of abuse continue to be paid for not even assisting the team?

We believe that the NFL should deal with criminal cases, such as domestic violence, with a serious tone and stricter punishments. There should be absolutely no leeway given to professional sports players, as a criminal is a criminal no matter how famous.  Everyone should be punished in the same way, whether they are an average citizen or a celebrity.

While Hardy and Peterson are off on paid leave, Rice has been given a punishment that most NFL fans have come to terms with: full termination of his contract. After a full video of the altercation was leaked to the public showing Rice throwing a punch, the Ravens acted accordingly by terminating his contract. The problem at first was that Rice only received a two-day suspension at the beginning of the season, even though video evidence of abuse was shown to the NFL of him pulling his unconscious wife out of an elevator back in February of this year.

Even though this final decision of terminating Rice’s contract was the right one, the NFL and the Ravens took an absurd amount of time to find a suitable solution. In all honesty, if the full video was not shown to the public, the two-day suspension may have been the only penalty passed down, as the league denied ever seeing the video of the assault.

Fans of the NFL have had almost universal distaste over the handling of recent abuse allegations regarding some of their star players.

Fast fashion is not the only option It may be cheap, but carries a high price tag on our planet

One of the NFL’s main goals right now is to try and save their public image, which has been dramatically deteriorating ever since abuse allegations were made. In particular, the NFL and the league’s players are trying to keep their image alive to continue benefiting from sponsorships with brands such as Budweiser and Nike. As of right now, the problem is not being solved, and several big-name brands are pulling their sponsorships until the abuse issue is resolved.

Currently, the NFL does not seem to care about appealing to their fans. Careless action after careless action has been made whenever controversy appears in front of the league, and if the NFL is not careful, fans will end up drifting away from the sport. In a recent poll by Reuters, 23% of male fans and 21% of female fans already view the league less favorably due to the handling of abuse allegations.

At the end of the day, the fans will always be the most important part of any sport. If the sports industry does not follow the “customer is always right” motto, they will see the repercussions of their actions, or lack thereof.