EDITORIAL: Support for vaccines should be stronger than ever 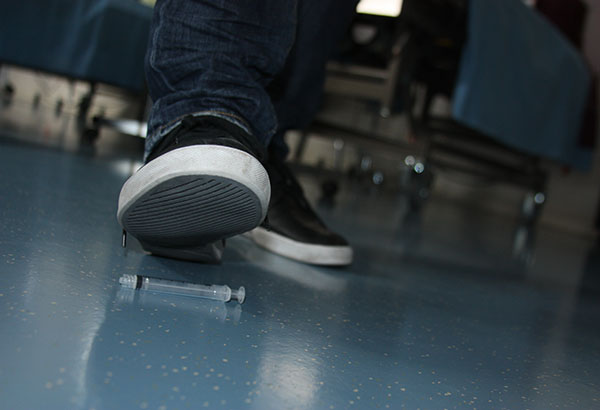 “Almost all kids get — injected toxins — very early in life, and our own government clearly acknowledges vaccines cause brain damage in certain vulnerable kids.”

Quotes (like the one above by Jenny McCarthy), condemning immunization because vaccines supposedly cause mental illness, are playing the dangerous game of encouraging parents to not vaccinate their children. Claims of children being exposed to toxins and the fear of autism by vaccination on the rise, people need to realize the truth behind vaccines and their benefit to society.

To disprove the claims of vaccines causing mental illness, countless studies showing just how beneficial vaccines are have popped up all over the internet. Because of the overwhelming evidence in support of vaccines, parents looking for an excuse to not vaccinate their children should turn around and find their nearest doctor’s office.

We believe that all people, whether young or old, should keep up with their vaccinations to protect not only their well-being, but the well-being of the general public as well.

To fully ensure public safety, people who are frequently in contact with others (with children enrolled in schools being the primary concern) should absolutely take precautions and reduce the risk of disease with the use of vaccination. If one student ends up with a communicable disease such as measles and comes into contact with others who remain unvaccinated, the disease can spread like wildfire.

[vision_pullquote style=”1″ align=””] Listening to the media and ignoring medical experts leads to an increase in lethal and communicable illnesses entering our society. [/vision_pullquote]

Being up to date on vaccinations is also a requirement for many medical volunteers, which make up a good portion of our school’s population. If certain immunizations are not received, hospitals have the right to refuse certain people from volunteering, which could put a damper on students who are trying to catch up on their volunteer hours.

For those who believe that an outbreak is something out of a horror flick, just look at recent headlines all across the nation. 59 confirmed cases of measles have been found in California alone, all caused by a lone carrier that visited a popular amusement park.

If these infected individuals took the necessary precautions and were vaccinated on time then they would not have to suffer through a potentially fatal disease. Listening to the media and ignoring medical experts leads to an increase in lethal and communicable illnesses entering our society.

No Mask, No Entry New mandate put into place

Also, children with parents who refuse to vaccinate them are at a significant disadvantage in terms of health. Infants and toddlers have no voice on the topic of vaccination, and their lives are placed in the hands of their parents, with a select few being irresponsible and refusing to regularly immunize them.

Diseases with hideous and scarring effects have become obsolete in first-world countries (and some like polio are also nearing elimination) due to regular vaccination. There are more benefits than risks provided by vaccines, and despite what some “conspiracy theorists” may state, refusing to accept one will be a huge risk for not only that individual, but any and all people who also have yet to vaccinate.

Those who are not educated on the benefits of vaccines are resorting to the misinformation spread by talking heads like Jenny McCarthy, and are the primary reason as to why nearly eradicated diseases are spreading yet again.

The only way to stop this new wave of ignorance is to throw more statistics, medical professionals and stories of life-saving vaccinations at the general populous, showing them cold-hard proof that there is no reason to avoid regular vaccinations.