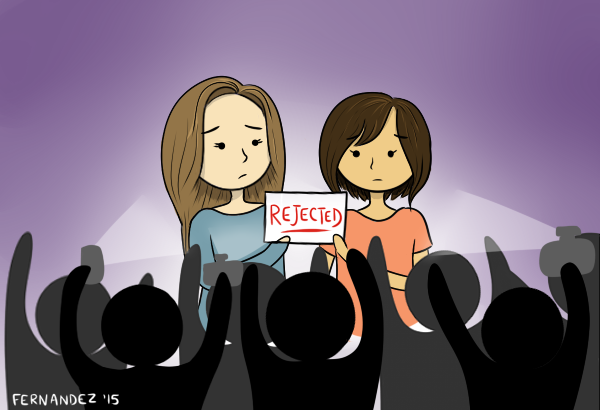 Two months ago, Kim Davis might have never believed how much controversy she could create by saying “no” to a gay couple seeking a marriage license.

While many believe Davis’ stance on gay marriage is ignorant at best and homophobic at worst, the amount of negative attention she has received has been particularly toxic. In an ideal setting, Davis should have been able to deal with this issue without the many roadblocks that troubled them throughout the ordeal.

We believe that while Davis was not in the right, the entire situation could have been handled in a more orderly manner. The best way to prevent the same situation would be to have multiple county clerks on call, eliminating the probability of a marriage license being declined based solely on sexual orientation.

For example, if there are two to three clerks who have a mutual agreement to approve ALL marriage licenses, then one would always be on call to approve the paperwork.

In fact, this EXACT method was used to issue the same-sex couple their marriage license while Davis was serving jail time. Her deputies issued the licenses and omitted her name from the papers, which could have easily been done at the beginning to avoid the situation.

However, as referenced above, Davis broke U.S law by refusing to approve the marriage licenses. While she should have some level of religious freedom, her job is based on hard law created by the United States government. While the ruling by the Supreme Court may go against her own beliefs, if she wants to continue working as a county clerk she will have to start following the law.

Destruction is not a form of forward thinking, and petty retaliation will not solve future issues.

While U.S law mandates that she issue marriage licenses to all people, adapting to such a large change takes time, and she is currently proving that she will not stand in the way of same-sex couples by allowing her deputies to issue them instead. Therefore, removing her from her position this early would not be a positive solution. Destruction is not a form of forward thinking, and petty retaliation will not solve future issues.

The only true way to appease everyone is to take people’s individual beliefs into account when dealing with a situation that involves multiple parties. This was a delicate situation that should have been handled as such, and taking severe actions against any person in this situation would be a step in the wrong direction.