Taking out the gunmen will not stop terrorism 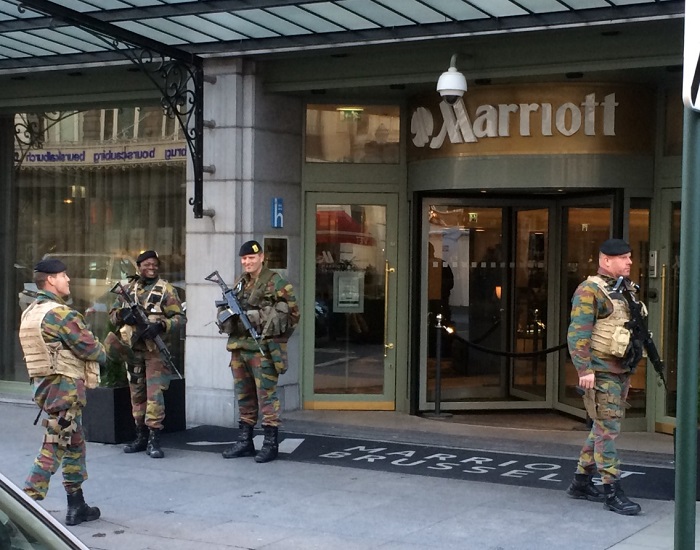 Following the devastating Paris attacks, current headlines all over the nation are now focusing on the bombing runs being carried out by the United States and their allies. The national news would have people believe that ISIS is slowly being demolished through a series of missile strikes taking out top leaders and key oil refineries, yet the fight is far from over.

While ISIS and similar terrorist organizations are currently losing ground and resources in the Middle East, the damage they have dealt to people all over the world digs deeper than the visible scars created by mass killings and suicide bombings.

With something as simple as a tweet sent out by an ISIS militant, entire cities can go into a panic and fear for their lives as they go about their day-to-day activities.

The very aim of a terrorist group is to instill terror into the masses to further their own agenda, and they have sadly succeeded in this respect. With something as simple as a tweet sent out by an ISIS militant, entire cities can go into a panic and fear for their lives as they go about their day-to-day activities. Take Brussels, for instance, which essentially shut down in fear of a Paris-like attack on their soil.

Citizens should not be scared of stepping outside of their own home once an idle threat is issued by a terrorist halfway across the world, especially considering that the latest major terrorist attack by a foreign entity was 9/11. 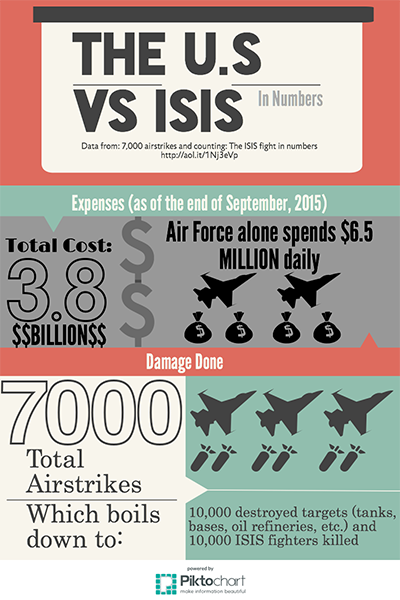 Most attacks on foreign soil are carried out by domestic terrorists or mass shooters, not members of ISIS or Al-Qaeda with the intention of destroying Western ideology. The purpose of terrorism is to create a state of paranoia and fear that would further their own power and presence in the world as a whole.

ISIS uses this dread to their advantage, especially when Americans irrationally make decisions that affect Middle Eastern citizens. For example, the recent statements by state governors that voiced their disdain with Syrian immigrants coming to America are actions based on unfounded fears, and can cause major issues further down the line.

The most recent and most prominent example would be the course of action the United States took after the 9/11 attacks. With huge approval ratings from American citizens, the Bush administration charged into Afghanistan after Taliban forces refused to hand over Osama Bin Laden, a foolhardy action that has cost the federal government over 700 billion dollars and 2,326 U.S soldier’s their lives.

This war was essentially without purpose, as the main goal (dismantling Al-Qaeda and removing the Taliban from power) has yet to be achieved through the brute strength of the U.S Armed Forces. After over a decade spent in Afghanistan, most citizens have urged the government to stay away from the Middle East in times of turmoil, yet this advice is yet to be heeded.

In fact, America is yet to change their approach to dealing with terrorism as a whole. Every response to a new terrorist group rising in the Middle East has been met with either boots on the ground (seen with the Iraq War) or drone strikes targeting terrorists and their territory (currently happening in Syria).

With these actions in mind, one can realize that gunfire and drone strikes will never be a lasting solution to terrorism, and actual combat tends to do more harm than good. Adding oil to the fire causes nothing more than despair and hate amongst the common citizens of these affected nations.

As the current state of affairs stand right now, bombing ISIS and similar terrorist sects is only a temporary solution to a problem with no end. Fighting terrorism in the Middle East is a mistake and should no longer happen, and the United States needs to realize this before the country makes another blunder with the war on terror.

If less time was spent on battles overseas, then more precautions and safety concerns would be possible back here in the states. Aside from monitoring individuals who display violent or radical tendencies, stopping most acts of terrorism in the U.S cannot be prevented until the attacks occur.