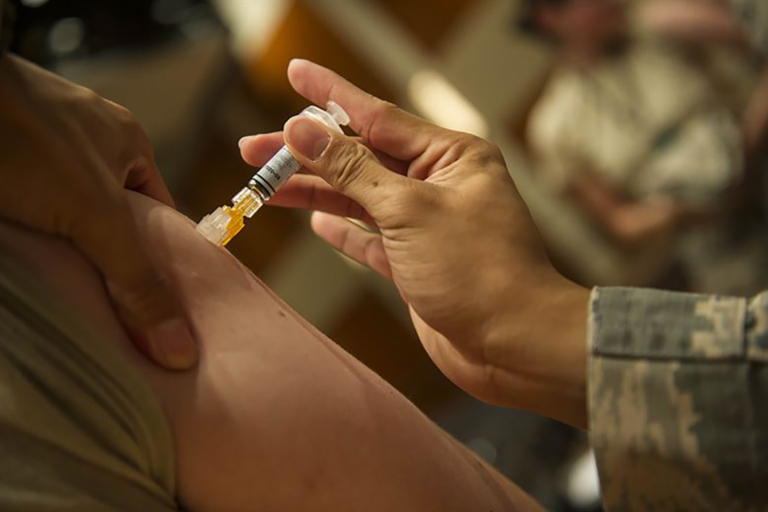 Before choosing to not get a vaccination, consider the risks that we're putting ourselves and others in. We may catch the flu after receiving the shot, but that's just a side effect–and that is a lot more preferred than suffering from measles. Photo Credit: Justyn Freeman

Polio, measles, hepatitis–these are the viruses that infected our parents and grandparents’ generations. Decades later, we started to believe that these viruses were starting to fade from existence because of recent medical discoveries. Despite the benefits that we’ve gained from these advancements, there has been an ongoing debate on the side effects of vaccinations.

The debate stems from an article written in the late 1900’s, stating that vaccinations cause autism. Since the publishing, many have fought against vaccinations to live a “natural” lifestyle without realizing the risk they are putting their community in. The administration alerts students and teachers when an unvaccinated student enrolls onto campus, but this does not eliminate the danger of having them at the school.

Aside from being fearful of the side effects, families commonly refuse to vaccinate their children due to the animal-based gelatin used in them, which can go against religious or personal beliefs. We believe even though the risks of vaccinations are scary, developing symptoms of measles or polio is more terrifying.

According to JAMA studies, over half of the measles outbreaks in the United States are caused by unvaccinated individuals. The Center for Disease Control also recently confirmed 62 cases of a “Polio-like illness,” which could have all been avoided if one student was vaccinated. Students from these households are attending schools and going to public places without realizing the danger they are to others around them. If vaccinations truly do nothing for us, why do outbreaks only occur when people delay the shot?

To avoid viruses spreading throughout campus, policies exist that require students to be vaccinated. The result of not vaccinating can be as damaging to our education as it is for our health. According to Nevada regulations, students must have several vaccinations before enrolling in school–unless parents report a religious or medical reason beforehand. By refusing to take these vaccinations, you lose your access to education.

Where are they now: Amina Djesevic

Not only does refusing to vaccinate impact your education, but also your peers. Vaccinations are crucial for keeping the community safe. So, if parents want their children to remain at risk by leaving them unimmunized, they need to understand hazards will arise. Once those children get infected with a virus like whooping cough, the state would have to take steps to prevent outbreaks from occurring.

Understand the both sides before jumping onto a bandwagon. Realize that when parents refuse to vaccinate their children, they aren’t just making them more prone to disease–they’re putting everyone else in danger, too. Vaccinations are our choice, but we must remember that the impact will last within our community and beyond.