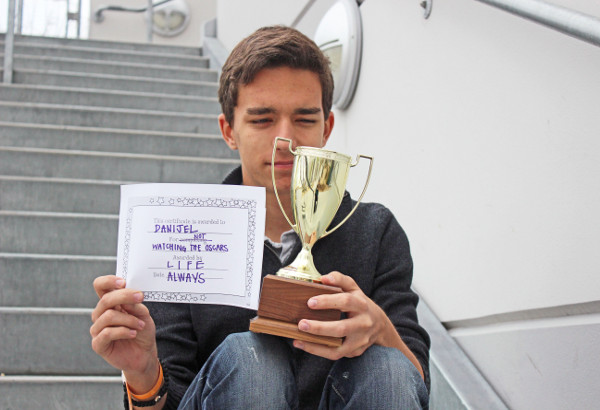 Does anyone know what happened?

Most people will be searching up that date on Google to try and find out, but to save everyone the trouble, the 87th annual Academy Awards aired on ABC.

The next question is, who cares anymore?

[vision_pullquote style=”1″ align=””] Nowadays, finding any interest directed towards the once world-renowned award show will be difficult, especially in a high school setting. [/vision_pullquote]

These are not the only age groups avoiding the Oscars; finding a high schooler who knows the award winners off the top of their head will be a daunting task. In fact, most of the movies and actors who won awards on Sunday night are relatively unknown; only a handful of high school students even know the names of some of the winners.

In previous years, the days following the Oscars were filled with questions such as “Can you believe so and so won best actress?” or “How come x wasn’t even nominated?” Nowadays, finding any interest directed towards the once world-renowned award show will be difficult, especially in a high school setting.

Having time to watch the awards show has become a privilege for many high schoolers, with many rushing to finish last-minute homework before the Monday due date.

However, homework is not the only reason students skip out on the Oscars. With a three and a half hour long run time, other sources of entertainment (such as social media, gaming and Netflix) come across as more convenient.

No one wants to sit in front of their TV and wait to find out which underground movie picked up an award this year and until award show organizers realize this, ratings will keep dropping year after year.

Sorry Neil Patrick Harris, but even you could not save the sinking ship that is the Oscars.