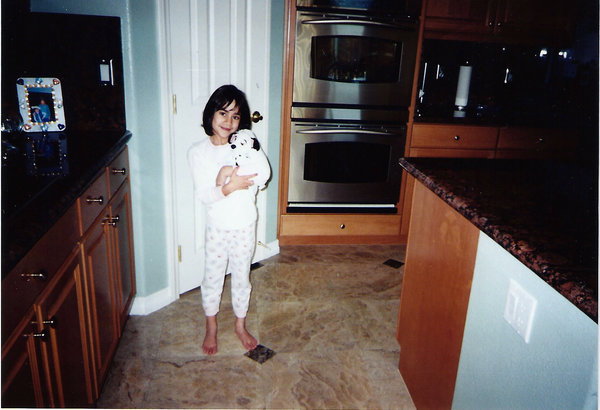 Throughout adolescence, we tend to take on new identities that eventually form who we are as adults. However, looking back on one's childhood by flipping through photo albums and reminiscing about the past reminds us of what made us who we are today. Photo Credit: Summer Thomad

Adolescence is about exploration. It is about developing a sense of the world and of life itself in a way that one may have never even considered, and expanding on the thoughts that occupy their mind. It is about evolution; it is the few short years that shape each individual in a process that is more constant, palpable and significant than in any other stage of life.

In Erikson’s Stages of Psychosocial Development, adolescents fall into a stage called “Identity vs. Role Confusion.” This stage is described as a time in which the adolescent refines a sense of self, or feels confusion regarding who they are.

In order to hone their identity, they begin establishing the person they will become by taking part in activities such as playing an instrument or associating themselves with political or religious groups. To simplify this complex and confusing stage of life, adolescence can be viewed as the process of “figuring it out.”

With the enormous amount of fictional plots in media that surround the lives of adolescents, there is a surprisingly small number of storylines that revolve around a character developing their identity, or “figuring themselves out.” In the extensive assemblage of shows about teenagers, two television shows stand out (as pointed out by Tavi Gevinson) with the premise of each show being the journeys of two teenage characters forming their identities: “Freaks and Geeks” and “My So-Called Life.” Each show only lasted a season.

“Freaks and Geeks” (which is now on Netflix) serves as a prime example of the exploration for identity. Throughout the show, the main character, Lindsey Weir (played by Linda Cardellini, also known for her role in “ER”), decides to abandon her “geek” lifestyle as a straight “A” student and rule follower and starts hanging out with the so-called “freaks.” These are the outsiders of the high school social system–the troublemakers who play in a band and cause trouble throughout their town – the polar opposite of Lindsay’s previous self. Lindsay’s journey throughout the show demonstrates the back and forth nature many adolescents experience.

Socializing with new people, listening to different kinds of music and accepting who they once were, who they are now and how both seemingly conflicting identities will help to form the adult they will become are all factors of growing up and finding oneself.

[vision_pullquote style=”1″ align=”center”] I find pieces of myself in the thoughts of those we surround me, whether it be by listening to a friends story or witnessing the journey of a character like Lindsey Weir. [/vision_pullquote]

Personally, I am still searching for the pieces that will complete and strengthen who I am. Seeking out and listening to the ideas of others is what helps me to broaden my own perspectives. I find pieces of myself in the thoughts of those we surround me, whether it be by listening to a friend’s story or witnessing the journey of a character like Weir.

All the different identities we embrace during adolescence, no matter how embarrassing, provide us with the realizations of what we like and dislike, what we do and do not believe in and the values we adopt to act as puzzle pieces that form a unified individual as we reach adulthood.