Ignorance is (an) abyss 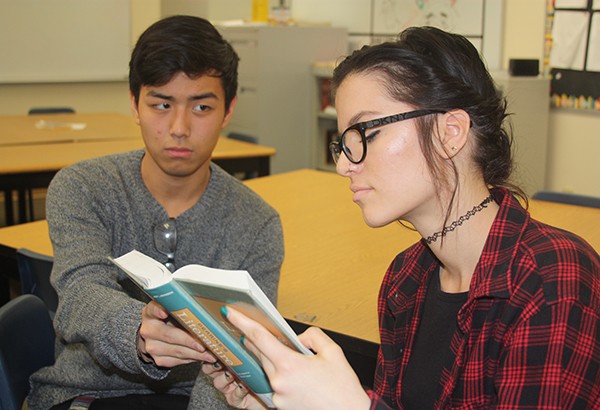 My curiosity for new information ranges from my personal life, to life in the classroom. I have a constant demand for facts.
Photo Credit: Danijel Zekanovic

“Ignorance is bliss” has been a constant cliche in my life since the seventh grade, when bullying was presented as a topic of worry in classrooms. Suddenly, snarky comments were reported by my classmates, accounts on social media were on a close watch, and every constructive comment sounded like “bullying.”

I have never been the master of ignorance, but contrary; it is extremely hard for me to let events go over my head. If something is bothersome, I will seldom ignore it, and sometimes even blow it out of proportion. During my high school career (which is quickly ending), I have been a constant admirer of the individuals who can take a situation and not examine it forward, backward, upside-down, and all around.

If people truly believe in the over-used cliche, bullying would not be an issue, because individuals would not bully in the first place. I am in no way bashing the idea that bullying is, indeed, a horrible action that definitely deserves to be reprimanded; however, I am a firm believer that ignorance is not bliss. If there is a problem, the problem should not be ignored.

I cannot say that I have not tried to master the art of ignorance, but it has never truly taken root due to the bottling of emotions, which are even worse than impulsively causing a commotion as soon as a tedious event occurs. Ignorance is like a loan: the more one allows ideas to sit and simmer, the more bothersome the ideas will grow, much like financial interest.

[vision_pullquote style=”1″ align=””] No matter how minor, I do not believe an act of wrongdoing should be deemed as something worth ignoring. [/vision_pullquote]

Similarly, ignorance does not lead to any kind of relief, either. If the action of a counterpart is bothersome, it should not be ignored, whether this is in a relationship, or the kid who knocked down books from another kid’s hands in the middle of the hallway. No matter how minor, I do not believe an act of wrongdoing should be deemed as something worth ignoring. I am at times surprised at the amount of times I have seen individuals walking right past an incident of bullying.

Essentially, if ignorance is synonymous to the bottling of feelings, it is not bliss, but rather, an abyss, and I have been a victim of this for a long time.

I am not certain whether or not being persistent is an anecdote for the prevention of ignorance, or if ignorance leads to more happiness in the end. However, I am a person who demands to know facts, whether they hurt me or not.

Entering a new self-dependent stage in my life, I have come to the conclusion that I will refuse to ignore occurrences that bother me. Standing up for what I believe in has been the sole purpose of my high school career, and I intend to carry on my philosophy further. I will do so by not ignoring bothersome situations.

Perhaps I will never overcome my fondness of being incessant to know facts. At least I’ll be informed, and I will always help with books strewn in the hallway.