Work for passion, not for parents Thoughts on parents who dictate their childrens future/career. 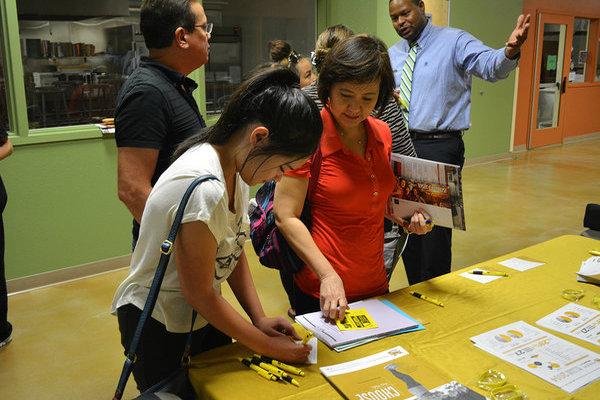 College Night provides a great opportunity for parents and students to look into future education and career options together. Photo Credit: Alexis Drevetzki

Planning for one’s future career is often a complicated and stressful time for both students and their parents. Compromises and decisions must be made, and in this process, problems and disagreements can arise.

A problem that I have noticed in some cases is that decisions concerning one’s future career lies in the hands of the parent(s), rather than the individual whose future said decisions regard.

Time and time again, I have heard peers express that their true interest lies in a particular field, but their future plans are to pursue a more traditional career. They say that they need to pursue a career with a stable income due to their parent(s)/guardian(s) either influencing or forcing them to do so.

Some parents may believe that they hold their child’s best interest at heart by restricting them from partaking in a less financially stable career, such as a career in fine arts. However, forbidding them from doing so prevents them from even attempting success at the career of their choice. Additionally, it strips them of the opportunity to enjoy the work they do, rather than seeing their job solely as the means of earning a paycheck. 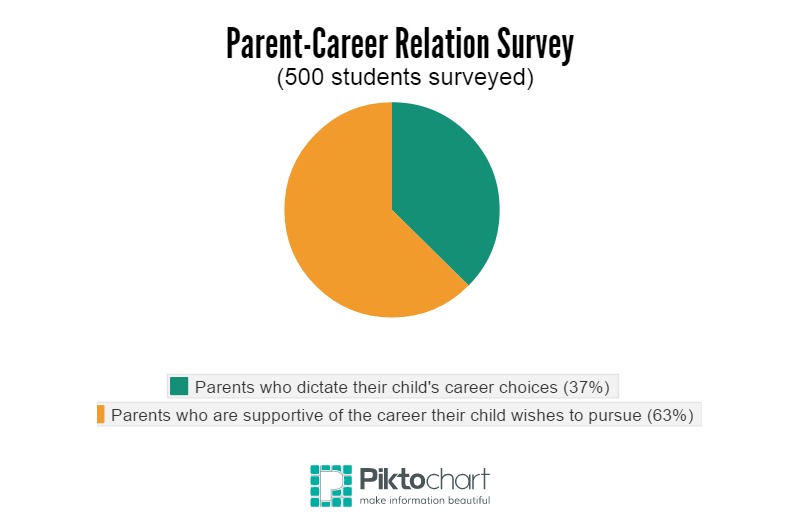 The problem I see in the way many parents act in regard to their child’s future is that they believe, and lead their children to believe, that financial flourishing and success are synonymous; on the contrary, I believe that success goes hand in hand with the pride one takes in their work and the happiness their work brings them. While the number of students who face this problem may not be a majority, the 37 percent who do should not go unacknowledged.

Perhaps another reason we witness this occur between parents and their children is that parents often try and live their own unfulfilled dreams through their kids, whether or not the action is completely intentional or conscious.

A prose piece entitled “Children” from The Prophet by Kahlil Gibran addresses this notion:

For life goes not backward nor tarries with yesterday.”

These lines encourage parents not to impose ideas, or even personality traits onto their children. Gibran reminds parents that their kids are individuals, and live in an era unlike the one they grew up in.

Furthermore, while many parents say they want their kids to be “better” and achieve more than them, they tend to have a finite idea of the steps one should take to succeed, or which specific (and limited) fields their child can join in order to achieve success in their eyes.

[vision_pullquote style=”1″ align=””] Passion is a driving force, and if one does not have passion, they lack the flame that is essential for starting a fire, or the ambition that is needed to be successful. [/vision_pullquote]

This sheltering of a child’s individual aspirations can be apprehensible, as parents want to know their child will be able to take care of them self, as well as their future and current families. However, sheltering can contribute to future problems greater than those of finances.

There is little value in one’s work if it lacks passion. Simply working for a paycheck should not be enough; drawing value from the work one does contribute greatly to their general happiness and level of self-fulfillment, and straying away from that for a better income seems, for lack of a better term, like selling out. Passion is a driving force, and if one does not have passion, they lack the flame that is essential for starting a fire, or the ambition that is needed to be successful.

Parents almost instinctively shelter their children, and while this reaction comes from a place of concern and good intentions, the result can be harmful. Sheltering is not necessarily protecting.

“You are the bows from which your children as living arrows are sent forth.

The Archer sees the path of the infinite, and bends you with

His might that His arrows may go swift and far.

Let your bending in the Archer’s hand be for gladness;”

These lines from the prose “Children” suggest a solid piece of advice to parents. Do not hold your children back by sending off your arrow so that they only fly a few feet. Send them off with all your might. You may not be able to control where they go, or how far, but you will be allowing them the freedom necessary for fulfillment in their lives.