Escape into the sea with ‘Tides: A Fishing Game’ Unlock islands, more in this fishing minigame adventure 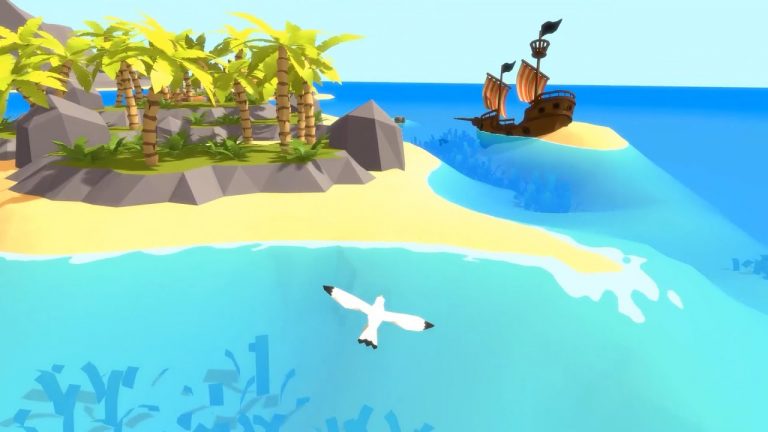 Explore islands and journey through destinations in Tides: A Fishing Game. Collect new boats and fishes along the expeditions.
Rating: A- Photo Credit: Shallot Games, LLC.

Continuing Shallot Games third release, “Tides: A Fishing Game” was designed to be a meditative escape for users. From the calming music to the simplistic gameplay, Tides presents a whole new aspect to fishing with this innovative and artistic game.

The main objective of this game is to unlock destinations by collecting certain types and amounts of fish. Besides finding new destinations and other objects in the game, one can learn about the different fish and the rareness of them. To actually collect these fish, players can upgrade boats and have an assistant as well so that whenever the player isn’t on the game, they can collect coins and earn rewards for them when they return.

In the game, there are specific goals that each player completes to guide them on the right path to move forward. An example of this would be when the player is told to discover all of the fish in Earthshore. This simply means that the player needs to collect all the types of fish on that specific island to unlock the next island. Collecting the fish is one of the best parts of the game because players are actually able to maneuver around and discover all types of underwater life. As gamers finish these goals, they are rewarded with coins that can help upgrade the boats that are used to help fish.

In order to achieve these goals, the player has to choose the island they want to visit. After doing so, the player then explores around the ocean while on the boat to try to catch fish. When the player sees a fish in the water, they select the “fishing rod” icon on the screen and angle their rod to the fish so it can be reeled in. At the bottom of the screen, it shows how many fish are needed to be captured to pass that specific level and get to the next island. Having this feature is helpful for users because they won’t waste time collecting the same type of fish and actually keep a lookout for the other species in the water Some of the fish that need to be collected include spotted seatrout, pinfish, red drums and tiger sharks.

Once the player catches the amount of fish they need and the inventory is too full of the same type of fish, the user has to “throw it back” and try to find a different kind so that all the fish from the island are found and the player can move onto the next island. In the main menu section, users can select the “compendium,” which is where all the islands are shown, and how many fish need to be collected to move on. This is helpful for the reader and a great addition to the game so that all users are aware of the numerous islands. Having multiple islands adds a lot of variety to the game so players can look forward to passing levels and have more motivation to collect fish.

One of the best aspects of the game is that there aren’t any ads and the players can move through everything at their own pace. Also, it’s a bonus that players can collect coins easily since fishing is the main way to do that which is easy to understand. The game’s objectives are fairly simple and there aren’t too many complications throughout it which can be appealing to many players if they like easier games. If there were more complex activities to do throughout the game, then people who enjoy more rational games would engage with this app more.

Not only are the settings, islands and overall theme of this game simple, but the characters are too. Luckily, players can customize their character any way they want. When it comes to the “assistant,” they collect coins while the main character is away. Users can upgrade the assistant to different levels to change how many coins per minute they gain.

If the game had a little more variety, it would be even better only because the game is so simple. There aren’t many activities one can do besides fishing. So, for people that want a minimalistic, yet enjoyable game, this is perfect. Tides is filled with imagination and would bring joy to anyone willing to enhance their knowledge of marine life.