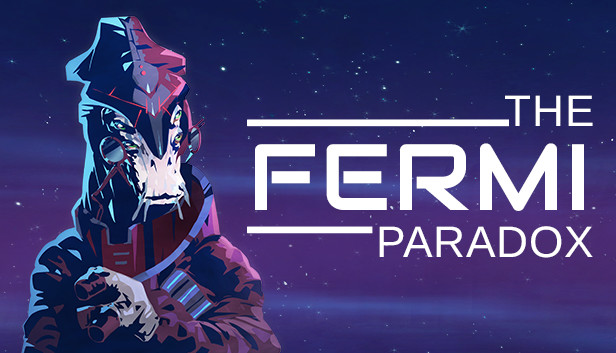 ”The Fermi Paradox” is a jarring game, with hours of replayability and much more content on the way.
Rating:A+Image Credit: Anomaly Games

The “God game genre” is a broad and odd category of game. From failed experiments like Godus, to new and upcoming games like Universim, “The Fermi Paradox” stands as new blood in the god genre, with much more text-heavy gameplay, where you intervene in events rather than directly create them.

“The Fermi Paradox” is a text-based game, where you make decisions for a multitude of species across different solar systems including humans, as well as a variety of originally designed aliens. You as the “Galatic Gardener” are tasked with ensuring that many of those species make it from the stone age to technological ascendency. This is all conveyed through art and text, with each prompt giving context, and three options to choose from.

The gameplay itself revolves around a currency called “synthesis.” This synthesis can be spent during civilization milestones to speed up a species development. However, the only way to gain these points is to choose worse options for other civilization’s milestones, this is the primary dilemma of the game. How do you aid all the galactic civilizations without destroying others?

This game is at its best when having to make extremely difficult choices. Many events require you to either sacrifice major amounts of synthesis or allow a species to go extinct. Usually, there are middle roads however that neither deplete nor gain synthesis, but are either bad or have no effects, which slows down the growth of your civilizations.

I found this gameplay loop to be enjoyable and replayable. The set planets each have a variety of species that can form civilizations, and there are hundreds of unique events present throughout the game. The replayability is really what this game is about, while “winning” a save file is quite disappointing, this game is much stronger in the early and mid-game. These parts of the game are where the majority of events happen.

Something that I began to notice as I played more was the beautifully designed user interface of the game, being simplistic adds to the mystique of being similar to a god-like figure. The graphical design is solid with the space theme of the game, giving off a science fiction vibe in its alien and event designs.

The only major negative issue I have with the game is the lack of late-game content. Once all known species are in the space age, the game sort of becomes a waiting game until one of them hits the final tech level and ascends. However, this issue has been addressed in dev blogs, with new and upcoming content on the horizon. I expect this will be solved upon the completion of all final game content.

When first buying “The Fermi Paradox” I was enchanted by the concept of the game, a god-like game focused on observing and interacting with species from afar as they grow, and I was pleasantly surprised by the sheer amount of effort and depth in a game this early in development. The game is definitely worth the $18.99 price tag on Steam.