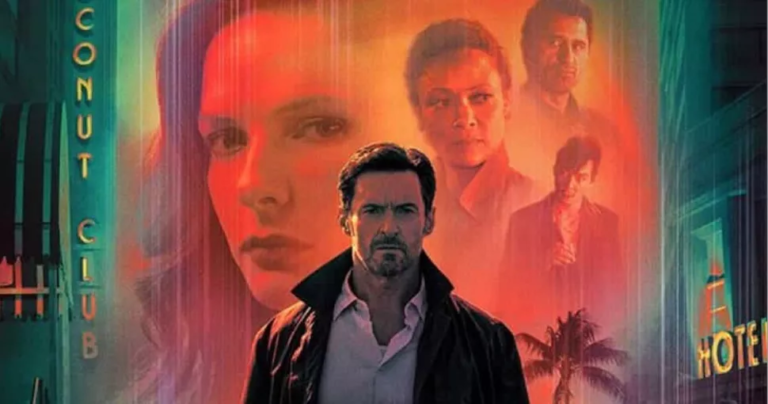 "Reminiscence" was an interesting take on exploring fictional technology. Although the movie was threaded with a confusing plotline, the setting and the unique use of hypnotic effects made it entertaining. Photo Courtesy of HBO Max Rating: B-

If you enjoy sci-fi films such as The Matrix, Tenet, and The Terminator, Reminiscence may spark your interest. Set in the distant future in waterlogged post-apocalyptic Miami, Reminiscence explores the fictional technology of re-experiencing memories. The main character, Bannister, played by Hugh Jackman, is the owner of a business that allows people to escape to their sad reality by experiencing their past memories, or “reminiscences.” One day a beautiful lady named Mae, voiced by Rebecca Ferguson, walks into his shop and Bannister quickly falls in love. After a while, the two solidify their relationship and he wakes up one morning to find that she has disappeared. With his technology, Bannister uses his own memories, as well as others, to try and find out where she went.

One component of the movie that was noticeably unique from a lot of other films was the use of a hypnotic and sensory effect within the story. In order for a person to re-experience their memories, Bannister repeats a hypnotic and relaxing saying. It is an interesting experience, especially for viewers in a completely dark theatre to have the same reminiscent experience as the characters. Another unique component of the film was the practical prediction of how society would look because of global warming. The futuristic society of Maimi adapted by becoming nocturnal to escape the heat.

The technology also adds a finishing touch to the film by delivering the underlying message of remaining positive in a comprehensive way. As the viewer, you can easily tell that the goal of the movie was to prove that the best is never behind us, and there is always something to look forward to. The characters realize that the present is worth living, no matter how harsh it may be. I think that this message pairs nicely with the grim setting and gives the audience a feeling of hope for the future.

While there were a few unique positive aspects of the movie, there were many drawbacks. For example, the overuse of violence throughout the movie did not fit the story line. There were a few good action combat scenes, but too often the main character was threatened or nearly killed in gruesome ways. The violence did not fit the context most of the time and it felt like the movie consisted of the same scenes over and over.

On top of this, the film was confusing without any distinguishable differences between actions in the present and in the past memories. With the constant jumping back and forth in time, the story became difficult to follow.  To add on, the movie felt like it started in the middle because viewers are given little context at the beginning as to why future Miami looks so different. There were also several mentions of “the war” throughout the film, but no one ever explains when the war was or what it was about, which only added on to the bewilderment.

I would recommend watching Reminiscence if there are no other new movies that interest you. The film is not bad per se, but it is definitely not the show stopper that the trailer made it out to be. With two big-name stars as the main characters, it was hard to believe that things could go wrong, but the movie ended up half-baked.