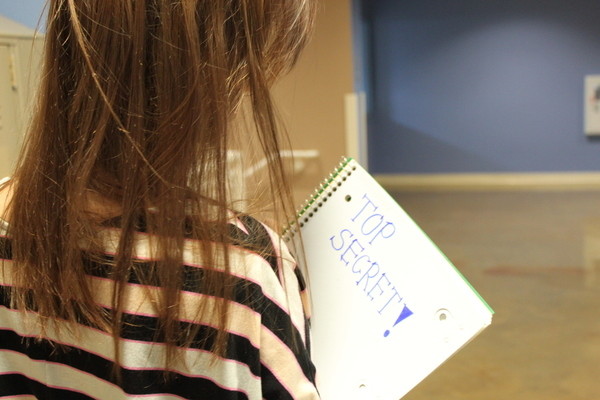 Conspiracy theorists normally have "top secret" files that they do not share with others until they have all of their information credible enough for publication.
Photo Credit: Sahar Kanfi

While in the middle of some homework last week, my phone let out a chime representing a text message. “Watch this video, and tell me when you’re done!” the message read. Seconds later, a picture popped up that read “Sandy Hook shooting–all fake!” Curiosity lingered, so I proceeded to watch it.

Notepad and pen in hand, I started to take notes and consider the pros and cons of this video. Except, the “pros” list was empty, while the “cons” were overflowing. Not only this, but the video was a good 34 minutes, which frankly, was taking away from my homework time. After deciding it was a waste of time, I closed the video, and rolled my eyes at the thought of conspiracies.

Why do people spend their valuable time making up scenarios about how our government is manipulating and finding reasons to call our society dystopian? I remember the first time I learned about the “Illuminati,” I could not sleep for weeks. That is the worst part about these conspiracies; they look and sound so real. The people analyzing them receive an A+ in theater, but perhaps a D- in investigative journalism. The particular video I watched regarding the Sandy Hook shooting consisted solely of pictures, graphics, and a creepy male voice here and there explaining what is happening in the pictures and graphics included.

There have been countless conspiracies presented to audiences lately, yet I think that more attention is paid to the Illuminati. This organization is supposed to be one that controls our mind through propaganda. Celebrities such as Jay Z, Beyoncé, and Michael Jackson are just a few that have been suggested as members “involved” in the organization. The truth is, conspiracies are based on a combination of symbolism, religion, and beliefs. So, ultimately, it is fully up to a person whether they want to believe it or not.

Now, I am not going to lie and say that I did not believe it, because, for a second, I did. I cannot imagine what happens when these people are putting these pieces of information together. Do they sit in their grandmother’s basement while eating Goldfish Crackers? Have these people even seen daylight? The thoughts are perplexing.