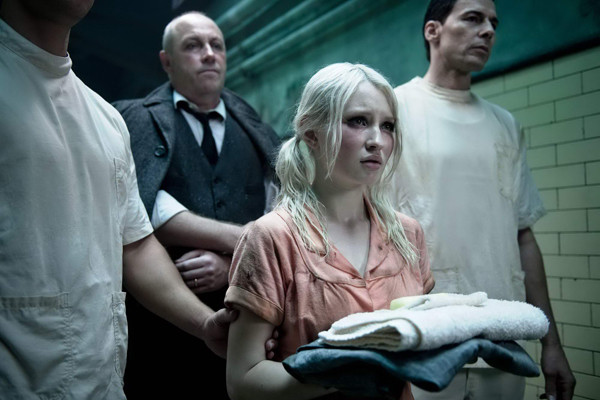 Sucker Punch is a mind-blowing action packed movie directed by Zack Snyder. The movie is a mix of choreographed combat fighting, ominous plots and subplots, CGI graphics, and beautiful women. It kept some of the audience members at the edge of their seats, while others sat there trying to figure out what the movie was about.

The film begins after the death of Baby Doll’s mother (Emily Browning). After the death, Baby Doll’s stepfather tries to hurt her sister. In an attempt to save her sister, Baby Doll accidently kills her. Her stepfather then brings her into a mental institution where abandoned women are forced to do things against their will. Baby Doll comes up with a plan to escape from the mental institution with the help of Blondie (Vanessa Hudgens), Rocket (Jena Malone), Sweet Pea (Abbie Cornish), and Amber (Jamie Chung).

Although it was confusing when Baby Doll’s dance stage turned into a battle scene, the choreographed fighting combined with CGI – cinematography made the battles intense. The scenery is very similar to 300 and Sin City.

It took me awhile to adjust to the story line. I expected the action to happen right away, but it took awhile for the “good parts” to happen. When the action did start, the movie was already half way done.

The acting wasn’t as bad as the confusing storyline. In fact, the acting was the best part.  Both Hudgens and Chung caught my attention. They both played as sweet innocent girls that could slay zombies, dragons, and robots with a smile on their face.

Overall, Sucker Punch wasn’t all that bad. If you set aside all the confusing plot elements and focus on the action, the movie is entertaining.