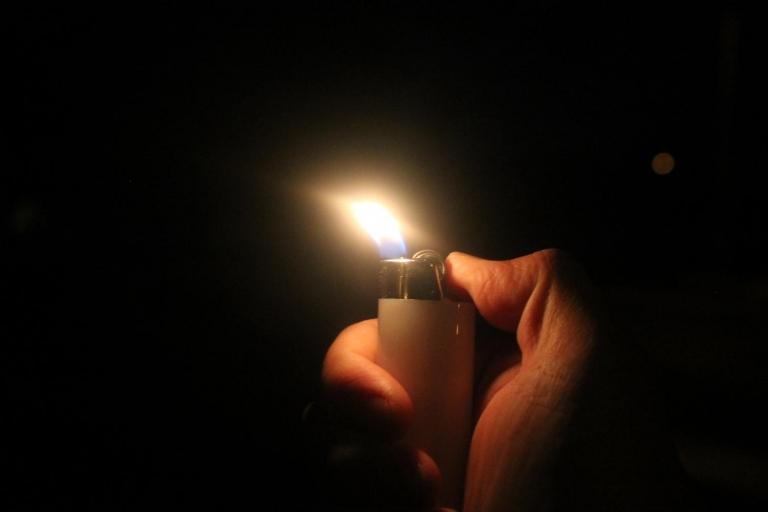 Like most people, I have a bucket list full of stuff I want to do. However, with only six months left to do all the things I want to do before I turn 18, it's quite the time limit. Lighting my last birthday cake is the start of goal to find new paths for me. Photo credit: Vinh Tran

Although my senior year is about to come to an end, I won’t be 18 until October this year. That got me thinking, what else can I do before I am officially considered an adult?. With only six months left, here are 18 things I want to do before I can put on my big boy pants.

1. Save up for my first car. Since I have a job now, I guess it’s time for me to actually start saving up for a car. It’s an investment that I’ve yet to actually put money into.

2. Learn how to sew. Since I own around 13 pairs of pants, there are some that need adjusting. And no, I’m not sick of buying more jeans.

3. Buy a new camera. I’m long overdue since I’ve upgraded my camera, my old Canon T3 doesn’t suit me anymore. So that’s why I’m looking to spend more money on something I don’t necessarily need.

4. Have my rings professionally cleaned. I own seven rings, of which I wear every day—to the point where I have tan lines on every finger. I’m pretty sure my rings have a fair amount of dirt and scratches, and I miss the shine and glimmer of a new ring.

5. Move rooms. Ever since I moved into my new house, no one has claimed the master bedroom yet. I don’t know why either, that’s why I’m calling dibs. Having my own bathroom and a walk-in closet, that’s the dream.

6. Visit my dad. My father lives in Virginia and I see him twice every year. Since I have a stable source of income, I can afford a plane ticket across the country.

7. Clean my garage. I’ve been in my new house for around six months, so I guess it’s not really a new house anymore. However, the garage is still filled to the brim from the previous tenant’s junk. Who knows? I might find something cool in that junkyard.

8. Meet Frank Ocean (or listen to his new album.) I’ve been listening to Frank Ocean ever since I heard Channel Orange playing on the radio. My 12-year-old-self was hooked and he’s still my favorite artist.

9. Fix my mom’s computer. There’s a reoccurring theme of my laziness regarding my move-in and I have yet to unpack my mom’s computer and reassemble in her room. I can probably do it in the next hour but, I don’t want to—yet.

10. Buy my brother new shoes. I bought my younger brother some shoes a month ago and like most 10-year-olds, he ruined them. He’s been begging me for new shoes ever since, but I’ve been holding off because I plan to buy him a new set of outfits when he enters middle school.

11. Buy myself my dream pair of shoes. On my 17th birthday, I went and bought myself an obscenely expensive pair of shoes, my Rick Owens Ramone lows. I want to buy the high top version of it now because of #treatyoself.

12. Go to New York. I’ve always wanted to live in New York, however, I’ve never actually visited the city. Although I don’t plan on living there, just visiting the Big Apple is on my bucket list.

13. Visit the Philippines. Not that many people know that I was actually born in the Philippines and I haven’t visited my home country ever since I left in 2006. I only have vivid memories of my childhood and I’d like to make new ones.

14. Get a new printer. My printer is terrible. It can barely print color and it sometimes can’t even print a document I need for school. Since college is just a couple months away, I might as well make my life easier by upgrading my printer.

15. Watch High School Musical 3. I can recite almost every song from High School Musical 1 and 2, but like the fake fan I am, I have yet to watch the entire series. My reason for not doing so is because I don’t have a good reason. Watching Troy and Gabriella graduate when I graduate just seems fitting.

16. Get another tattoo. I got my first tattoo as a birthday gift from my mom last year. The only reason why she allowed me to scar my body is because my tattoo was symbolic of my younger brother. When I turn 18, however, I plan to get my favorite artist’s work on my arm, Jean-Michel Basquiat.

17. Get my ears pierced. Getting a tattoo wasn’t that painful, so just getting one needle through my body won’t be that much of a struggle. Also, I just think they just look cool.

18. Figure out what I want to do with my life. Like most students, I still have yet to figure out my life’s passion. I don’t know what I want to major in college but I know for sure that whatever I choose, I’ll probably switch majors again.