Competition: the good, the bad, and the ugly 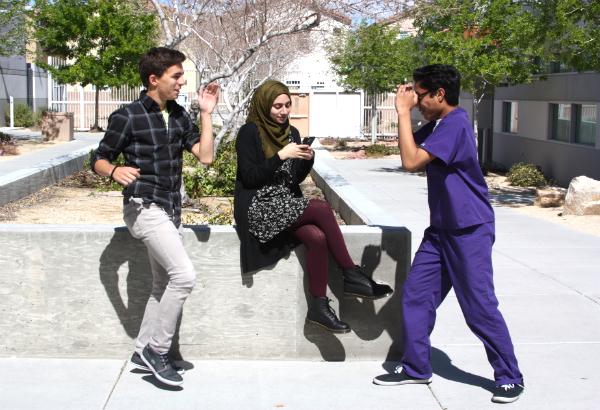 Competitions may be taking place right before my eyes, but I remain uninterested in the pursuit of proving one's superiority.
Photo Credit: Althea Gevero

For as long as I can remember, from my days in physical education during elementary school and even until now, I have never been a competitive person. It is simply not in my nature, or at least, not as much as it is for others.

As a little kid, I was the (admittedly frustrating) child whose mind would wander off into space during kickball games, paying little attention to the actual game—as winning or losing did not seem to be of any importance to me.

My family often claims that I don’t have a competitive bone in my body and I wouldn’t disagree. However, I have always regarded my lack of competitiveness to be somewhat of a character flaw, because it was always treated as such. Being noncompetitive made me feel, to some extent, weak, as if I was not even capable of partaking in contests.

It has not been until recently that I have realized that being noncompetitive acts as an advantage, at least in terms of my well being.

Author Alfie Kohn claims, “Competition by its very nature is always unhealthy.” He goes on to explain, “When my success depends on other people’s failure, the prospects for a real human community are considerably diminished . . . Moreover, when my success depends on my being better than, I am caught on a treadmill, destined never to enjoy real satisfaction.”

[vision_pullquote style=”1″ align=”center”] While there is nothing wrong with finding motivation to achieve goals as a result of outside in influence, competition can create a superiority complex in which one strives toward success in order to prove that they are better than one another. [/vision_pullquote]

While I may not entirely agree that competition is always unhealthy, Kohn’s perspective has helped me see the downfalls that are brought on by competition.

Growing up, individuals are constantly surrounded by competition in various forms. Competition is virtually unavoidable, and because we are introduced to it so early, whether it be through the school grading system or simple discipline (for example, a toddler being a “good girl/boy” for doing something his/her parent asks), competition becomes ingrained in our behavior.

While there is nothing wrong with finding motivation to achieve goals as a result of outside in influence, competition can create a superiority complex in which one strives toward success in order to prove that they are better than one another.

A healthy amount of motivation caused by competition can sometimes fuel ones stride toward their goals; however, when competition becomes the only driving force in an individual, it can become a destructive force of nature—like fire, a bit too much of it can transform a flame providing warmth into a forest fire that destroys everything in its path.

When someone’s competitiveness becomes a hunger to always be faster, stronger and better than those around them, human compassion is lost. The way I see it, by taking myself out of the race for superiority, I will be able to lead a happier and more content life. I would rather work toward my goals for the value I see in them through internal drive and motivation rather than be a part of a race that is based on surpassing others.