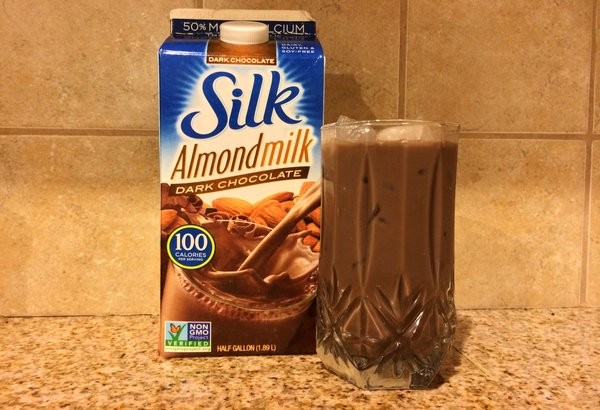 I was not aware that my beverage of choice (pictured above) was actually a non-GMO product, and though I am not necessarily strict on regarding a diet of no GMO's, it does make me feel better to drink it.
Photo Credit: Alex Nedelcu

“Please speak to management about getting non-GMO organic soymilk that you can use in [my] lattes.”

As much as I wish I could say this conversation did not happen, it did, and it was painful. When working in an environment where scrounging up your last ounces of agility is the first bullet point of your job description, there is not enough time to speak to unhappy customers.

Granted, the customer is always right, but there were many aspects wrong in this situation: For one, it was a Saturday morning and I was working alone. Secondly, the line was to the door. Finally, and perhaps most importantly, I had no idea what a GMO was.

Was that an additive? A disease? There was no way for me to argue for or against the desperate woman’s soymilk preference, because I was completely unfamiliar with what a GMO was.

The rest of my work shift that day consisted of the usual pulling of espresso shots, steaming of milk, creating pretty designs, and screaming out patient customers’ names. However, “GMO” was on my mind, and as soon as I arrived home, I used the handy assistance of the internet to guide me to more knowledge.

[vision_pullquote style=”1″ align=”center”] While the GMO movement makes individuals aware of processed foods, it should not be a topic over which one should form hysteria. [/vision_pullquote]

As it turns out, GMO stands for “genetically modified organisms,” and I had seen labels upon labels of “GMO-free” and “Non-Gmo Project” on cartons of almond milk and chip bags. The GMO-movement is big and it is happening. By definition: “plants or animals that have been genetically engineered with DNA from bacteria, viruses or other plants and animals. These experimental combinations of genes from different species cannot occur in nature or in traditional crossbreeding.”

Now that I was aware of what is being used to create multitudes of food, I would have been just as stern as the customer’s demand for non-GMO soymilk. However, as my research became more extensive, and then quite obsessive, I discovered that the polls that are spoken about in anti-GMO campaigns are not cited. Surely, they are mentioned, but the statistics are not presented.

How could a campaign have such an ample amount of contributors, when it barely cites reliable information? My obsession grew, but I contained my curiosity to one question and one question only: Has anyone ever died due to GMO’s?

Luckily, the answer is no. Though GMO’s are reportedly very harmful for the body due to the process that certain foods undergo, GMO’s are not harmful enough to kill humans that ingest them on a daily basis. As a matter of fact, “organic” and “all-natural” are loose terms when used in regard to the inclusion of GMO’s in food. Just because a product is organic, it does not mean that GMO’s are not present. Furthermore, many foods include GMO’s.

The GMO movement is undoubtedly a new trend in health-oriented environments. While the GMO movement makes individuals aware of processed foods, it should not be a topic over which one should form hysteria.

There is a broad array of speculation regarding GMO’s and the movement on the internet (and in my case, in cafés). However, if a restaurant or coffee establishment lacks in non-GMO products, one should not fret. I am a supporter of individuals’ preferences regarding food and drinks, however, a stern tone of voice and a rolling of eyes is unnecessary when it comes to genetically modified organisms.