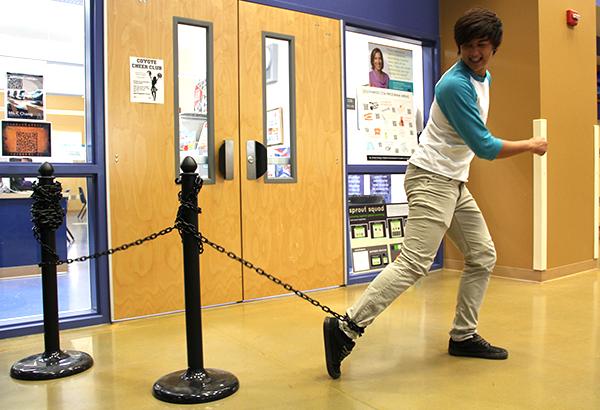 Selfies may not just attention seeking pictures, as they could mean something deeper.
Photo Credit: Tamara Navarro

“But first, let me take a selfie!”

It is one of the most annoying aspects of the teenage community. Some might even say that it is quickly spreading to the adult world as well. It has seen many likes on Instagram, follows on Twitter, and even friend requests on Facebook. Yeah, you guessed it, this article is all about “selfies.”

The word, “selfies,” has quickly become one of the most used words in the world. People all the way from Korea, Italy, and even Nigeria have been seen taking selfies and publishing them on the Internet. But, there are some people who think that selfies might even be ruining the younger generations. However, I beg to differ.

I have recently heard some say that selfies are degrading and that it is actually ruining the minds of children in many places. Comments ranging from people saying that it is silly to take selfies, or even saying that selfies are focusing too much on outer appearance and corrupting the minds of children have been floating around for a long time. My thoughts? I think it is an amazing trend among everyone, not only children.

Ever heard of the old saying, “Pictures are worth a thousand words?” Yeah, I am a firm believer in this saying. Selfies can say so much about a person in just a short amount of time while scrolling through social media. It shows emotion, outer appearance, hygiene; Most everything you ever wanted to know about a person can be seen through looking at their Twitter photos or profile pictures.

Sure, some people may want to fake their own identity or maybe even stretch the truth a little. But is that really all that bad? So what if someone wants to be another person? So what if they want to make themselves look a certain way? Is it not just another form of expressing themselves like a person would through art or music?

When I look at selfies, I enjoy myself. It is not because the person looks amazing or is probably the best looking person I have ever seen, but it is because I can see who they are, or at least, see the person they want to be. Sure, there are those people who lie about their entire life on the Internet, but I do not see it as necessarily a bad way of living.

Selfies really are worth a thousand words. It demonstrates their courage to show people themselves right in front of the camera. I mean, would you like it if sites like Instagram did not exist? Would you like it if people start taking pictures of scenery instead? I know for a fact that I would hate it if no one posted photos of themselves.

So, for those who hate the idea or thought of selfies, I respect your opinion. But remember, selfies are not just pictures of people that want attention and likes on the photo, but it might be something a lot deeper. Like a way to express themselves, or even a way to be a new person. And for those that love selfies, keep taking them and share them with the world!