“You like Iron Maiden? Name five songs right now” Wearing a shirt does not make you a poser 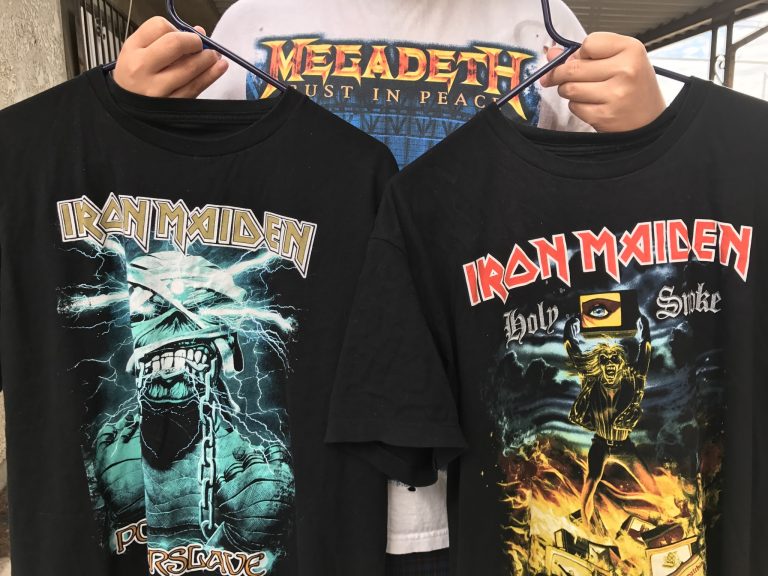 “Yeah man, I’m wearing this Holy Diver shirt because I’m a pretty big fan of Dio. I went backstage with him at his concert last year.”

At a glance, this seems like a logical argument from a fan of a metal artist. However, Dio has been dead since 2009 and stopped touring years ago. What may one call this person? A poser.

The phrase “don’t talk the talk if you can’t walk the walk” is usually applied when a poser fakes their devotion to either a singer, band or an entire genre of music. Because they lack a genuine interest, their reputation is generally looked down on.

The definition of what a ‘real fan’ means varies from person to person. My interpretation of a fan is lenient; the only qualification is that they require a genuine interest in whatever they are a fan of. But a poser only has an interest in something just to receive praise or to follow a trend.

Although I have called out people for being posers in the past, I try to refrain from looking like a pretentious elitist by going out of my way to test their knowledge. But, there still are fans who believe that if one appears to be a poser by wearing band merchandise, they should be put on blast. Instead of this, people should do something only a few know how to do today: stop judging others based on clothes alone.

On occasion, I do wear some band shirts when I barely listen to the music by the band I’m wearing, such as Megadeth and Metallica. My reason for this is that I like the design of the shirt and I am trying to get into classic metal. Although I have been listening to Dio before the band tee trend, I have only just started listening to Iron Maiden and Black Sabbath, yet I am still branded as a poser by the metal head community just because I wasn’t a fan since day one.

I always thought if I liked Iron Maiden’s “The Trooper” and “Fear of the Dark” and owned a couple of their shirts from the 90’s, I thought I was a fan—but apparently not knowing all the songs is just jumping on the bandwagon. So I understand how one who has been called out as a poser feels when they can’t wear something in public for fear of a bombardment of shame.

But no one can take ownership of a band nor can they dictate who is a real fan or not. Unless they’re an actual band member or the founder, they have no say if someone is not allowed to wear band merchandise.

All of this is subjective however, no one really has ownership of a certain band or can tell whoever if they’re a real fan or not. But this shouldn’t have to be an issue if people would just start minding their own business and worrying about more important things other than their idols.

Poser or not, if anyone who should be called out for being something it should be the person taking the time out of their day to argue about if Jenny really does like Metallica. At the end of the day, whatever musical preference one has should not be associated with annoying others.