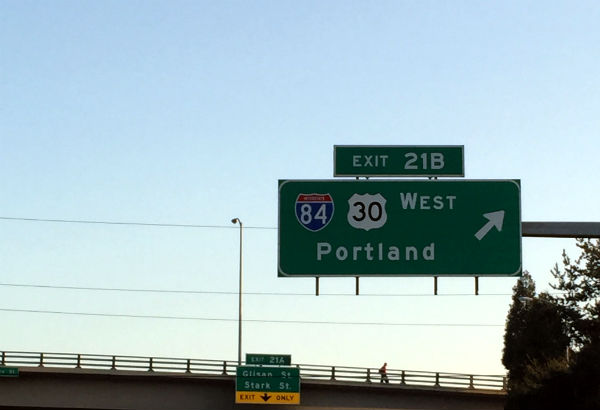 As an eighteenth birthday present, my mother surprised me with a trip to Portland, in which I will be able to explore the city I will move to in September, and tour my college campus.
Photo Credit: Alex Nedelcu

When I first heard about the Southwest Shadow my eighth grade year, I knew I wanted to be a part of the journalism team. I begged my adviser to give the school a reference call, and upon the start of my high school career, the golden period of my soon-to-be writing career was to start.

I was the only freshman in my class–a scary status to be in. Often times, I felt overshadowed by those who had known my adviser, whom I had barely met. Terrified attitude and lack of journalistic experience, I stepped forward and suggested a column section for the Southwest Shadow. It was approved. I had no idea what was to come for not only myself, but also the publication I represented.

A year passed, and my experience grew significantly. Not only did I have a weekly opinion to produce, I was the only columnist. Needless to say, I was on top of the scholastic journalism world. My first conference in San Antonio, TX reeked of inexperience in the best way possible: I competed with a gargantuan amount of individuals on the same boat as I. I felt the deepest sense of belonging–like I found the niche some individuals search an entire lifetime for.

Another years’ passing brought the Southwest Shadow the most success it had ever experienced. “Pacemaker Finalist, Pacemaker, and CSPA Silver Crown recipient” was written all over my rep (I served as the editor-in-chief for the entire year). Journalism continued to enthrall me, and due to it, I was able to experience my dream city.

[vision_pullquote style=”1″ align=””] And today, as officially and eighteen year-old, I am putting my fears aside, saying goodbye to my role as a columnist, and visiting the most beautiful city I have ever stepped foot in. [/vision_pullquote]

My junior year came and went, and the amount of columns published under my name was a great deal of pride I invested in the newsroom. The journalism family grew and grew, and so did my sense of pride. Serving as a journalist offered the most graceful amount of objectivity and creativity to my growing knowledge.

Now, four years and a great deal of experience later, I stand before the Southwest Shadow having undergone all of the senses imaginable–frustration, victory, exhaustion, and understanding. I know that I am ready for a lifetime of self-expression, due to my participation in the school newspaper. No words will ever suffice to explain my desire to continue my love for freedom of opinion for as long as my legs carry me.

And today, as officially an eighteen year-old, I am putting my fears aside, saying goodbye to my role as a columnist, and visiting the most beautiful city I have ever stepped foot in.

For my post-secondary education, I will be pursuing a degree in communications, with an emphasis in English. I hope that as I explore the beauty of my university, I will be graced by the sentiment of belonging, once again, in the newsroom.

There is no hesitation in saying that I am terrified to start my life in another city. It will certainly not be immediate adaptation. However, the time to move on is now. The time to spread my knowledge–and gain it–is now. The time for me to once again feel overshadowed and intimidated is now. I will, once again, start over.

I am indebted to my staff–all of them, with an accentuation to Jen, Summer, and Tami. Additionally, to the greatest, grumpiest and most motivational mentor: thank you for all of the words of guidance, for believing in my voice as a writer, and giving me a hard time, always.

Journalism was not just a second English class for me–it has shown me the world.