Politics, Schmolitics This generation's inability to follow politics is an epidemic for future children 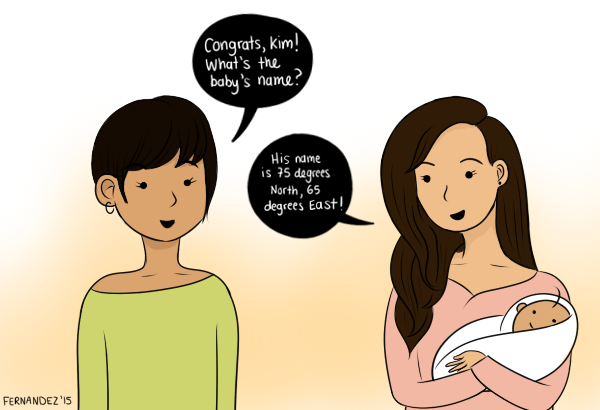 Bernie Sanders? Isn’t he that one guy in those KFC commercials? Oh Donald Trump, you mean the guy that hangs out with Mickey and Goofy? Do you use debate to catch “de-fish?”

These groan-worthy phrases are what many of our current generation’s intellect is interested in. Down with debates on who should govern Indiana and up with Drake‘s newest music video.

Consequently, many of today’s youth lack the knowledge of seeking out politics and current events. Juicy gossip, pop culture and BuzzFeed quizzes about finding out which Asian side dish you relate to the most (I’m a seafood gyoza by the way) are more important than actual news (like the teenager that was shot at Mojave High School).

For example, one of the key distractions that can deter an interest in actual news is celebrity gossip-like Justin Bieber reuniting with old flames and Zayn Malik’s newest fling. People tune in to celebrity gossip in order to get a taste of the caviar life. But by only focusing on the hottest celebrity news, important topics like the Paris Attacks and police brutality can go left unnoticed.

What is so great about being informed about celebrity pop culture news? Following a celebrity’s every move will not benefit an individual’s life. Spending a few hours trying to find out who is dating who is just another pointless time waster, especially considering that current events which may have a deep impact on day-to-day life are constantly making headlines.

For example, knowing about America’s upcoming presidential race at this point in time is crucial, especially considering  Donald Trump’s proposed “action” regarding Muslim-Americans. When the youth do attempt to learn about politics, however, many teens can confuse the clickbait articles (articles that induce unnecessary interest for the sole purpose of profit) that their aunt shares on Facebook as legitimate sources. In fact, Facebook gets three billion unique viewers every month compared to the 150 million CNN receives.

Additionally the participation in the political process is abysmally declining. In 2012, only 51 percent of all registered voters actually stepped inside a voting booth to tap one button on a screen. Between 2004 to 2012, overall voting presidential elections has slowly diminished by two percent. What will happen when the total voting population is less than 50 percent?

Keeping up with politics is not a task reserved for Harvard graduates; you don’t learn to read in college. When the next couple of years depend on this generation’s civic engagement, why not start now? It doesn’t take that much of an effort to attend political rallies. Using the twenty minutes you would spend on social media and redirecting toward the local news will keep you up to date on current events.