SATIRE: The old world is ending, prepare for the apocalypse Here’s a survival guide to avoid certain destruction 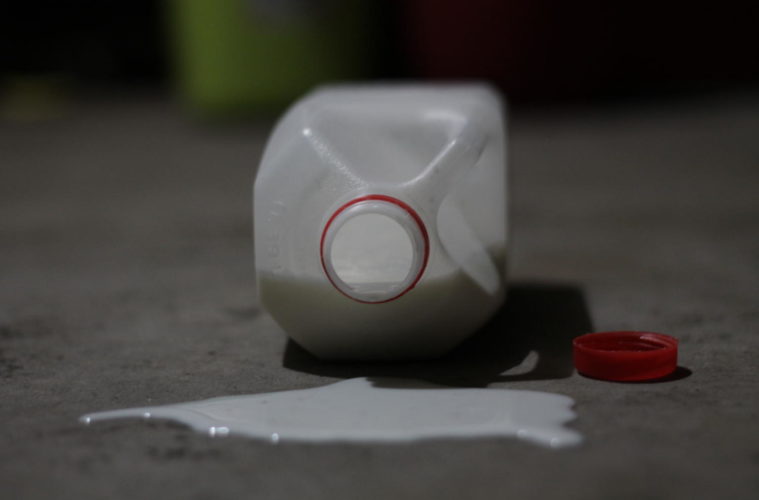 "It's just spilled milk, it's not the end of the world." This saying is now one hundred percent false. Now that the human race is facing impending doom, we will never drink milk again. That's the real tragedy. Photo credit: Vinh Tran

It was only a matter of time until the stars aligned to spell out the doom of the entire human race. The world was in darkness because of the solar eclipse. Houston is currently under water and Los Angeles was engulfed in flames. Not only that, but we have Hurricane Irma and Jose coming through.

Readers, please don’t panic. I can think of a rational scenario to what is going to go down in the following week. Hurricane Irma will fling multiple nuclear power plants into the air, while Hurricane Jose will propel the radioactive waste all across the states.

This isn’t all bad though; the human race can now relive the post-apocalyptic video game, Fallout 4. Trust me, the plan of action people should take now is to hoard as many soda bottles as they can. The reason for this is because the currency for the post-nuclear wasteland will be bottle caps–100 percent.

However, money isn’t the most important virtue; it’s companionship. Forget finding survivors or befriending the local raiders, the cockroaches are where it’s at. Think about it, who else is biologically equipped to survive the apocalypse? That’s right, roaches. It’s best to befriend them now before they evolve into our mutated overlords.

If relying on others isn’t your particular cup of tea, there is a large chance that you’ll develop super powers from the radiation. Have confidence in my knowledge, I’ve watched The Avengers before. I can see it now, a secret society being run by Hulk-like superhumans

Some of you might think that you can flee to other countries to escape, but with the U.S. out of the picture, wouldn’t North Korea just nuke every other country? After that, they’ll probably just get bored and join in on the fun by nuking themselves.

When the entire world is engulfed in flames the only safe haven left is the ground below us. Although starting new lives as mole people seems hard, I’d rather not have my face melted off. As of this moment, I’m digging a hole in my backyard with my trusty kitchen utensils. Some may think this is an over exaggeration but you come and try and tell me that in my reinforced underground vault.