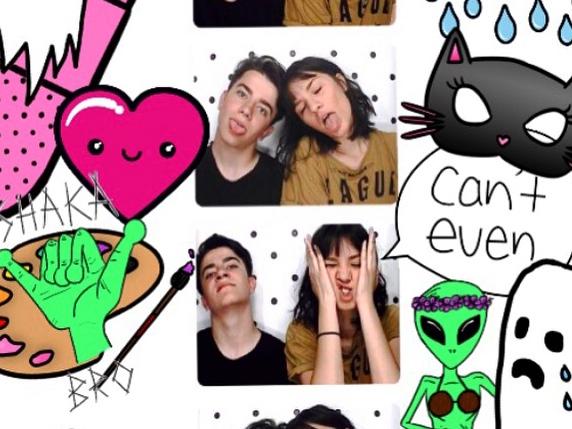 Though thought as a hindrance, social media is actually a godsend.

A wave certainly hit my generation harder than any others before: social media. With more tweets, reblogs, statuses, and photos being shared than assignments being turned in, it is no doubt that social media usage is being blown up to an extreme. However, while many “victims” of my generation consider social media a curse, I beg to differ.

While social media can be a large distraction to the usual obligations a student must cover on a daily basis, social media is, indeed, a beneficial tool to the public. For instance, the sharing of current events through the social media realm is more effective than using the television or the radio to obtain information regarding a current event. On the other hand, the people in my generation are more apt to publicize events such as their lunch or who they were with at the moment.

I do not believe that the use of social media in order to share a personal current event is wrong; but it does reach a certain level of ridiculousness when one is constantly posting about the food they ate, while they jumped on a trampoline, while checking in to a public place, while taking a blurry selfie in a sponge pit (true story). The normal status about one’s day, or if a plate of food was better than the usual, is completely justifiable.

[vision_pullquote style=”1″ align=”center”] Perhaps if we did not have social media and the many opposing beliefs from many sides, we would not be as passionate about political and social issues. [/vision_pullquote]

One trend I notice on my social media accounts (and I am, by all means, a social media junkie) is the use of subtext. What was once a literary term is now revamped into an all-new meaning. Suddenly, a “sub-tweet” (a tweet that is indirectly posted to target someone) seems more important to some tweeters. To grant the right of social mediums to have age limits is rightful; however, not many people follow the age requirement when creating social media accounts.

As a matter of fact, using social media as a way of bashing individuals and exerting vulgarity can backlash and potentially be the reason an individual may not be hired. Businesses and colleges do look at social media as a way of reviewing a person in order to peek into their personality. Needless to say, a professional environment would not sit well with a poor image of a potential candidate.

In retrospect, the use of social media in order to spread awareness, such as that of feminism (which is a hot topic on Twitter, as it is argued backward, forward, and upside-down) is beneficial to the creations of beliefs from the public. Perhaps if we did not have social media and the many opposing beliefs from many sides, we would not be as passionate about political and social issues. The fact that teens are increasing their involvement in issues more important than the usual social feuds is mind-boggling.

Instead of treating social media as if it were the worst thing that has ever happened to the internet, as a public, we should embrace the fact that there is more of an exposure to more educational occurrences.

Social media is not a curse, and depending on the way it is used, it can be a blessing.