Somewhat crazy, not rich, definitely Asian Being represented on the big screen 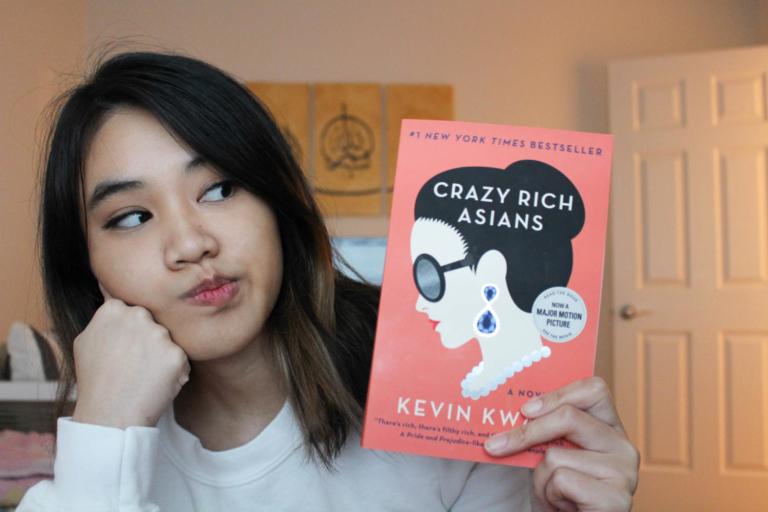 My friends and I watched “Crazy Rich Asians” last weekend and walked out of the theater with tear-stained cheeks. A week later, I bought the book just to cry again. Photo Credit: Shareen Basyari

There hasn’t been a predominantly Asian cast in Hollywood since “The Joy Luck Club,” which was released 25 years ago. With “Crazy Rich Asians” acting as its successor many years later, a new generation of viewers have flooded the theaters–me being one of them.

I love “Crazy Rich Asians” in ways beyond its reflection on culture differences. I freaked when Nick Young ordered satay in Indonesian, gasped at all of the jaw-dropping subplots and bawled as Kina Granis’ voice echoed in the emotional silence during the wedding scene. Once the film ended, I realized that this isn’t just a good Asian-American movie–it’s a good movie that has Asians in it.

This film highlighted several aspects of Asian lifestyle and mindset, such as living in fear of disappointing one’s parents. Most importantly, it didn’t shy away from the theme of coming to terms with oneself, the side of Asian culture that people like me struggle with.

Acceptance is difficult for people of all races and cultures, but Asian-Americans have a harder time avoiding the “whitewashed” label. In the film, the protagonist Rachel is told by her best friend that she’s like a banana–yellow on the outside, white on the inside. This means that although she looks and speaks Chinese, she’ll always be different from those who grew up in the mainland.

This scene was like a stab in the gut to me because I was told the same thing by my family when I visited Indonesia last summer. No matter how hard I try to prove my authenticity as an Indonesian, I won’t be connected to my roots the same way my cousins are.

There’s a growing cultural drift between Asians and Asian-Americans that I’ve noticed for a long time. If I have trouble talking to my grandma or I disagree with an Indonesian custom, I’m a banana. Whenever I spend time with my American-raised Asian friends, we’re a group of bananas. People like me may be viewed as Asian in the U.S., but we’re completely different beings in the eyes of mainlanders.

After watching “Crazy Rich Asians,” I learned that being an American-born Asian is okay. I should embrace the two cultures I grew up with, regardless of how many times I get knocked down for it. It’ll get bothersome when people tell me that I’m not a real Indonesian, but as long as I remind myself of who I am, their words won’t matter.