The American Dream(ers) DACA's fate in the hands of legislation 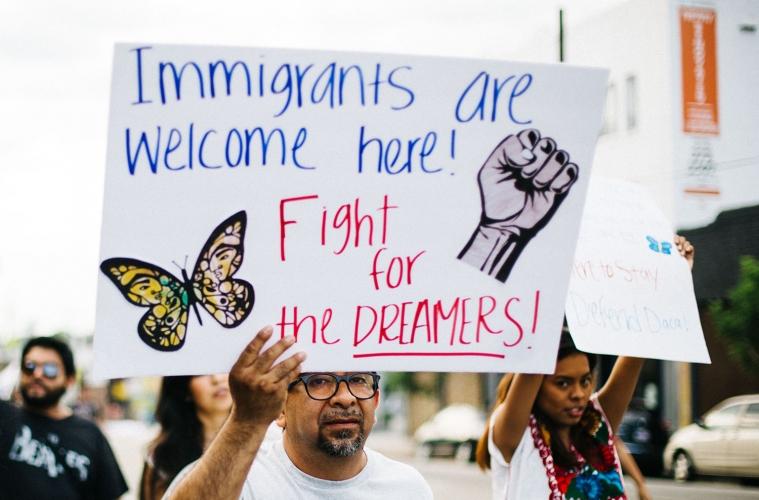 Since last year, DACA and DAPA beneficiaries have been left in a situation of uncertainty for their future. On March 5, DACA permits will officially expire. Photo credit: Molly Adams

Recently, Congress experienced a government shutdown because of divided opinions on a short-term spending bill meant to keep federal operations running. At the heart of this conflict is the dispute concerning the fate of DACA, which is a program that postpones the deportation of immigrants who arrived in the U.S. as a minor because of their parents; they did not have a choice in whether to cross the border illegally or not.

While the Democrats in Congress want immediate action on legislation concerning DACA, the Republicans do not feel the need to prioritize new immigration laws. Since the program officially ends on March 5 anyway and work permits will automatically expire, they refuse to rush a discussion, waiting for DACA to run its course.

However, each day 120 DACA permits expire, leaving more and more young undocumented immigrants at risk of deportation despite already assimilating to life in the U.S. For many Dreamers who came to the U.S. at a young age, the end of DACA means possible deportation and being stripped of opportunities like better education, well-paying jobs and safety under a government that aims to protect civil liberties.

Last week, U.S. District Judge William Alsup in San Francisco ruled to block the executive decision to dismantle DACA, asserting that President Trump did not have the authority to deem DACA unlawful because only the judicial branch can decide whether or not a program is unconstitutional.

Hoping to overturn Alsup’s decision, the Trump administration requested for the U.S. Supreme Court to immediately review the case, skipping the court of appeals entirely, which is uncommon. Although I believe that Alsup was just in his ruling, the Trump administration has a point. Having the U.S. Supreme Court oversee the case as soon as possible would lead to much needed finality on the issue.

Regardless of how the decision is made, maintaining DACA and DAPA would benefit the U.S. more than it would harm us. Individuals who oppose these programs fail to recognize the positive impact immigrants have in society. Besides diversifying our communities, immigrants benefit the economy. According to the Center for American Progress, DACA beneficiaries would contribute $460.3 billion to the economy in the next decade if the program were to continue.

Repealing the program entirely means more than just losing money; it also means stripping away innocent people from their opportunity to pursue their own American dream. While I understand that immigration cannot be left completely unrestricted, Dreamers are not just random people; they are young immigrants who not only grew up in the U.S. but have also already established a future in this country should be considered just as American as anybody else.