The Pursuit of Independence 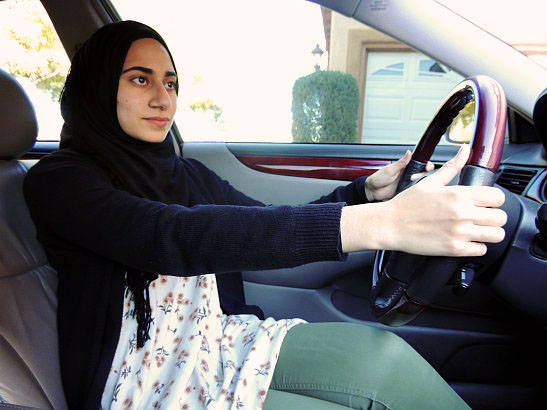 Learning to drive is one of the major steps to becoming an independent individual. This year, I am determined to get behind the wheel and finally learn this necessary skill.
Photo Credit: Yusuf Thomad

Growing up, I have always admired independent people. Individuals who act as their own boss, stay on top of their responsibilities without needing the help of others and maintaining a non-conforming identity have, in my eyes, always been on a seemingly unreachable level.

Whether it be claiming the role of commander-in-chief in regards to one’s career (examples include women like Tina Fey and Beyonce), or being independent in one’s personal life, this trait is one that has proven to be difficult for me to grasp.

Being the youngest of my siblings has definitely played a part in my dependency on others. As is the case with many youngest family members (research has shown), I did not have to worry about providing anything for myself throughout my childhood, and to an extent, expected others to make decisions or take responsibility for me.

[vision_pullquote style=”1″ align=”center”] One of my ultimate goals is to lead a life in which I can feel happiness and fulfillment from within myself, rather than relying on anyone else to provide me with it. [/vision_pullquote]

Although being open to receiving advice and help from others can be an important part of being an adult, I find that I sometimes rely on others for things that, with more effort, could most likely be resolved on my own.

It has not been until the last few years that I have realized that, consciously or not, I tend to behave in this manner, and ever since, I have been determined to improve by becoming a more independent person.

Though I have gradually been working toward this pursuit of independence, I have recognized upon reflection that I tend to put actions toward becoming more self-sufficient on the bottom of my list of priorities. For example, this year in April I will be 17 years old, but have yet to put steps toward getting my driver’s license. 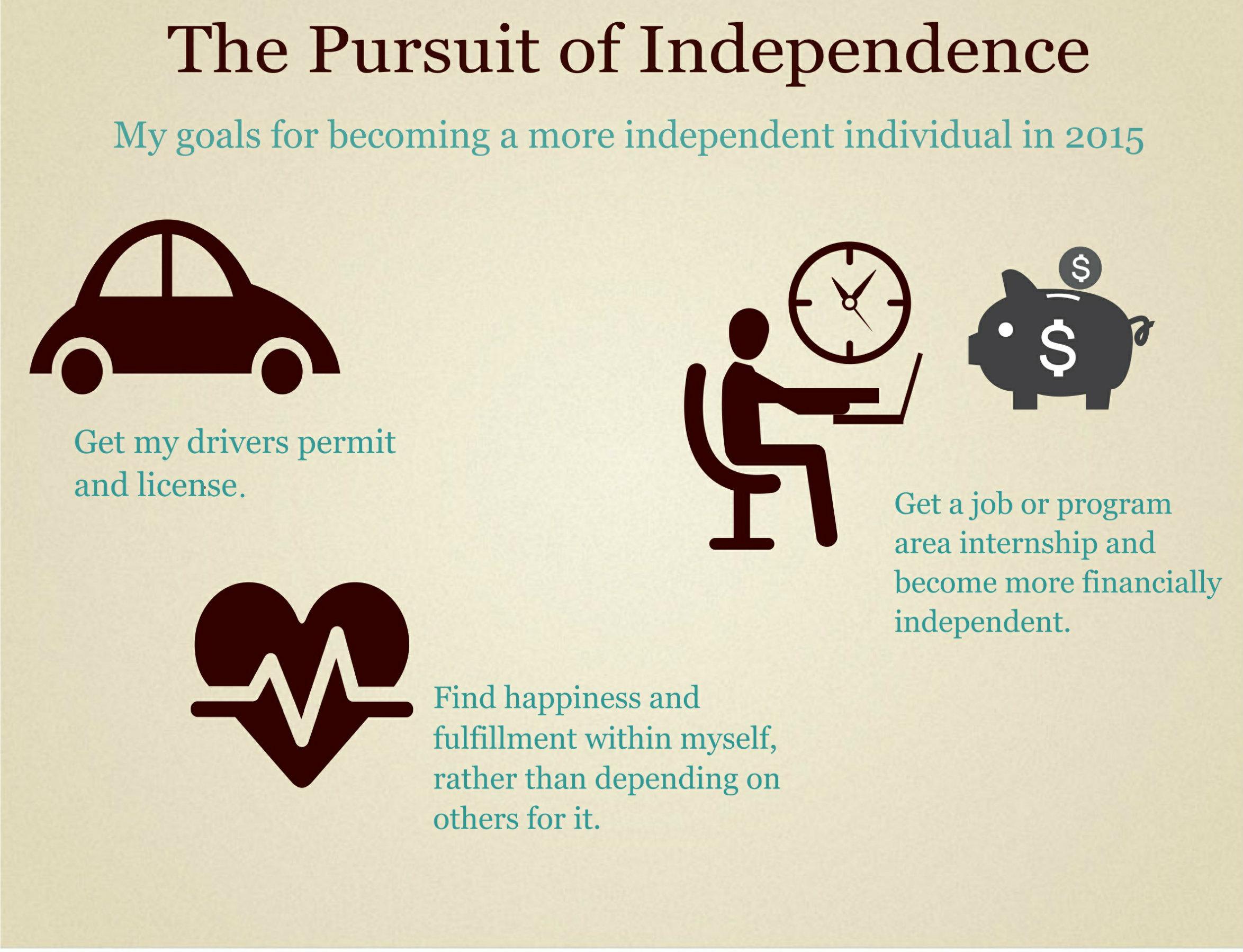 With the steady arrival of the new year, my objective is to work towards these steps by taking action, learning how to drive and obtaining a job/internship to lessen dependence on my parents for money and transportation, as well as learning new abilities necessary for adulthood, such as being professional and applying focus and attention to tasks.

Additionally, in the past I have been emotionally dependent on others for happiness and contentment. One of my ultimate goals is to lead a life in which I can feel happiness and fulfillment from within myself, rather than relying on anyone else to provide me with it. Learning to trust myself, instead of incessantly asking the opinions of others before making decisions is also something I must work on.

Although I am not necessarily ready to make Destiny’s Child’s “Independent Woman” my theme song, I am hoping that in 2015, at the age of 17, I will be able to make significant steps in doing so.