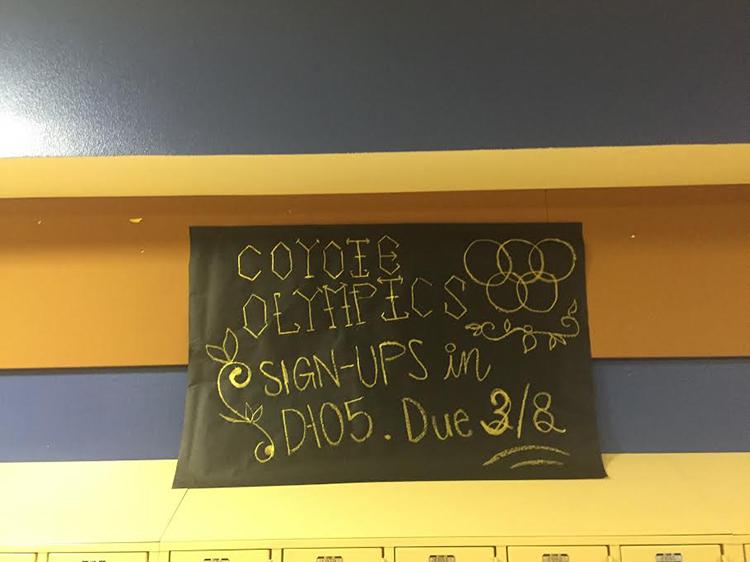 In honor of Coyote Olympics, Student Council is hosting spirit week from March 14-18.

“I’m excited to participate in Coyote Olympics because this is the first year we’ve ever done it,” senior Phuong Chau said.

“I’m so excited for ‘Fake an Injury’ day. It’s something that I’ve always wanted to do, plus I’m excited to see everyone’s fake injury,” Class of 2016 President Aliyah Zolett said. “I may even bring out my bionic leg.”

“I’m most excited to play in the games because I consider myself to be a competitive person,” senior Leonardo Castro said.

Additionally, teacher nominations for superlatives are being accepted by StuCo for 10 cents each. Students can nominate their teachers for the following categories: “Most Likely to Win an Olympic Medal”, “Most Likely to Run for President”, “Most Creative” and “Best Dynamic Duo”.

Four teachers for each category will be nominated and final voting will take place online. The winners will be announced during the assembly.

“I’m excited to play in the games and see everyone compete,” junior Kevin Peace said. “It’s going to be a new and interesting activity for the student body.”