Club Preview: A look into the week of March 16 SkillsUSA, DECA, Dance Club 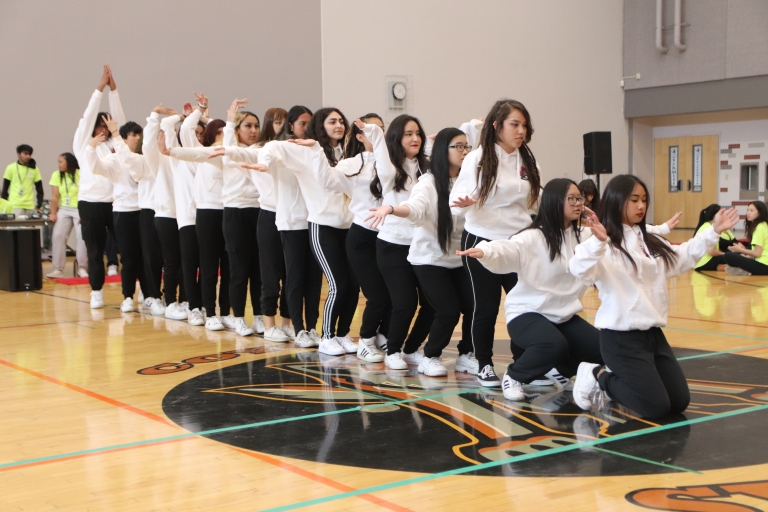 In order to raise money for nationals, SkillsUSA has partnered up with Student Council to host a volleyball tournament.

“We created an Instagram story with a poll that asked if people would be interested in playing and a lot of people said they would do it,” SkillsUSA member Will Grube said. “Volleyball just seemed fun for everyone.”

The tournament will be held on March 19 in the gym. Teams have to pay $15 to join the tournament. The winning team will receive five dollar gift cards to Brew Tea Bar. In the event that the tournament is cancelled due to COVID-19 issues, it will be rescheduled.

DECA, B-113, Second and fourth Tuesday

As competition season comes to a close, DECA will be holding a fundraiser at Brew Tea Bar on March 19 from one to five P.M.

“We chose Brew Tea Bar because everyone loves boba or tea,” DECA member Janet Chan said. “The location is very close to our school so we thought it would be a successful fundraiser.”

All proceeds from the fundraiser will go to final expenses and the end of year member banquet.

“We had a pretty successful year winning multiple awards at state including first place awards,” DECA advisor Catherine Viggato said. “Hopefully this fundraiser will help us wrap up an eventful year.”

While planning their last performances for the year, Dance Club board members have started training underclassmen to run the club in the upcoming year.

“I feel very excited for teaching all the members,” Dance Club president Kennedy Nelson said. “We are giving them more control over our upcoming dances to prepare for next year.”

Dance Club is training for their end of the year showcase as well as practicing for the Senior Send Off assembly.

“I think that we have trained all of the members well and that they will have no issues running the club next year,” Nelson said. “I hope the club we created lives on even though we will be leaving the school.”