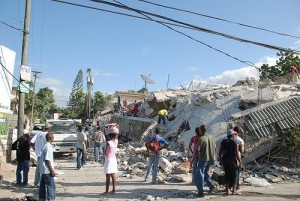 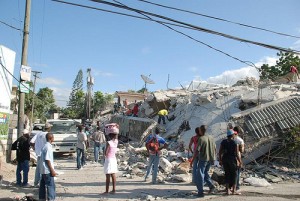 Authorities believe 2000 people or more may have been killed. The number of casualties remains unclear, but there is said to be heavy and widespread damages throughout the country. When the earthquake hit, poorly constructed homes collapsed, leaving thousands homeless.

Haiti was the first independent nation in Latin America, and black-led republic when the world gained independence from slavery.

Many programs are trying to raise support for Haitians, but relief can’t seem to come fast enough. All rescue equipment had to be delivered by hand, because all the roads were blocked and the equipment needed to get into homes on steep mountain sides.

President Barack Obama said in the Diplomatic Reception Room, during an interview, the United States is going to take “swift, coordinated, and aggressive” aid to those in Haiti that need help.

“This is a time when we’re reminded of the common humanity that we all share,” Obama said. “With just a few hundred miles of ocean between us and a long history that binds us together, Haitians are our neighbors in the Americas and here at home.”

Relief for Haiti is coming from different places all over the world. Haitians don’t have much left to depend on except what comes from donors. Looting is very common in Haiti, and gangs are killing anyone they find stealing regularly to protect the little that some Haitians have.

Students from Southwest Career and Technical Academy have taken the time to give some thought to Haiti.

“I believe the tragedy in Haiti is a horrific thing, but like all things bad, good will come from it,” says Ishmael Hitz, a sophomore

Every student has a different opinion about what we should do to help, if we should help or even why we should help. Most students don’t know about the struggle Haiti faces, but the few that do realize the changes it has on the world around us.

“I’m glad our society can bond when such a catastrophe like this happens.” Says Sigifredo Ruiz,  sophomore.

Over 560 million dollars worldwide has been raised to help support Haiti in this tragic disaster. Many other organizations are raising relief of shoes, clothes, and food for Haiti.